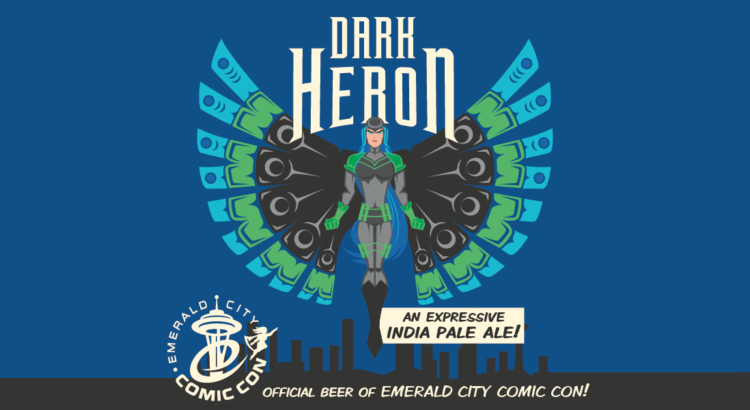 It’s fun to watch our local breweries spin up new beers for any occasion. For instance, Fremont Brewing just announced they’re bringing back the “Official Beer of Emerald City Comic Con,” designed for the geekiest drinkers out there.

Called Dark Heron, it’s described as a “loud, expressive IPA” that “stands as a beacon of light and justice.” The beer features artwork created by Seattle artist Jeffrey Veregge.

And yes, it is the official beer of the Emerald City Comic Con (March 1-4), complete with a joint press release with ReedPOP, the organizer of the event. This the third year of the partnership.

Fremont will unveil the beer at its beer garden on February 1.

Last month Reuben’s Brews brought back its Crush the Dark Side beer — complete with Yoda in the artwork — timed to the release of the latest Star Wars movie.

Is there a gluten free vegan option?