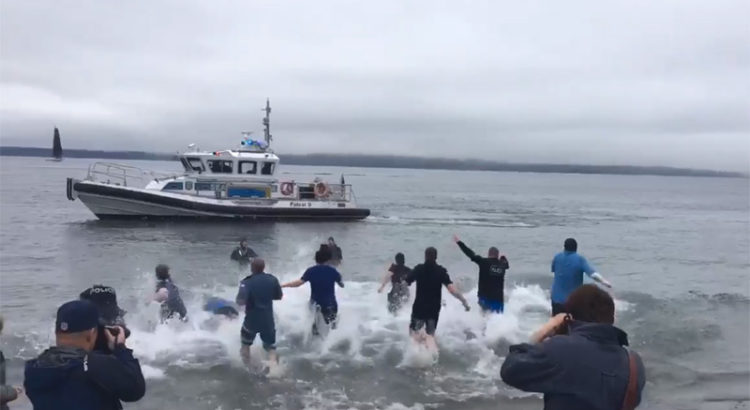 Unlike the rather disorganized showing for the polar bear plunge on New Year’s Day, the Special Olympics sent wave after wave of supporters into the frigid waters off Golden Gardens today. It’s one of several polar plunge events around the state to raise money for the non-profit.

For extreme safety — and a better photo opportunity — a Seattle Police patrol boat was just off shore with divers in the water.

According to the Special Olympics website, the top money-raising team is the Seattle Police Department ($18,700) followed by the “The Nearly Nekkid Norwegians” ($12,845) — always a crowd favorite. So far, the event has raised $92,100.

By the way, if you think Golden Gardens was c-c-cold today, take a look at this polar plunge video we saw today from Ottertail, Minnesota — and this one from Whitefish, Montana. Uff da!