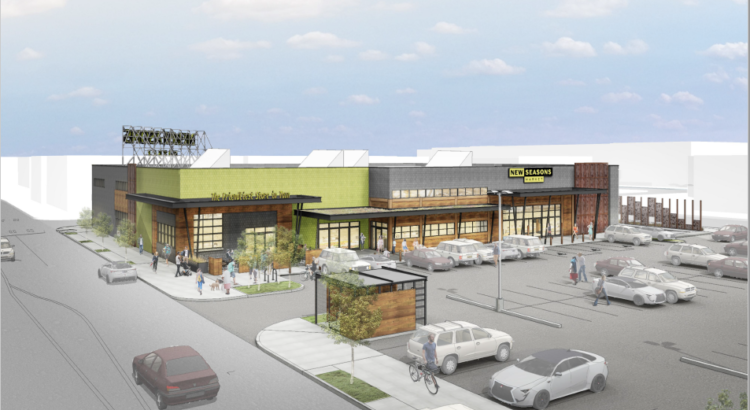 New Seasons announced the departure of its CEO today in a “strategic shift” that will close one California store and halt the opening of three others in the state.

Despite the changes, the company said it’s moving ahead with its new locations in Ballard and the Central District. The Portland-based company is “increasing investments in core stores and local communities,” according to a press release (.pdf).

New Seasons employees have been working toward unionizing and filed a complaint against the company in December, according to the Puget Sound Business Journal. The paper quoted an employee who said she hopes the shift will bring positive changes for employees.

The Ballard store is coming together at 907 NW Ballard Way — the sign is up — with the goal to open this spring. PCC plans to open a new store a few blocks away in spring of next year.

(Full disclosure: Both New Seasons as well as the “Good Jobs Coalition” — which opposes New Seasons opening in the Central District — are My Ballard advertisers)

Merci for this article!

Parking? Is that legal?

please, whatever they do – no mean ol’ hostile architecture!

Thanks for the article!