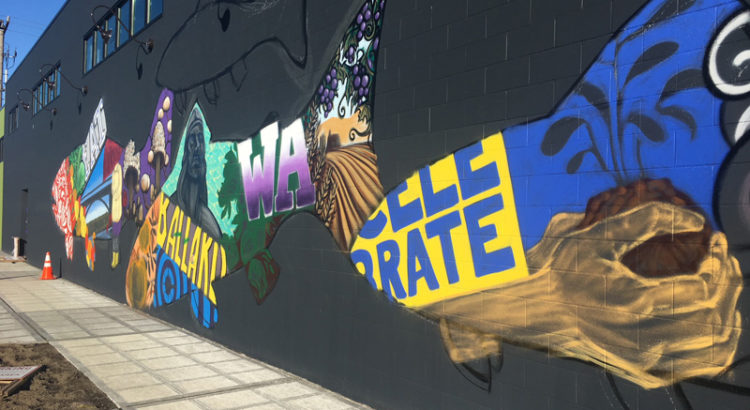 Updated: The back of the New Seasons grocery store — along 11th Ave. NW at NW Ballard Way — now features a mural that’s being painted by Seattle artist Jonathan Wakuda Fischer.

Among the Ballard imagery is the Leif Erikson statue, the Ballard Bridge and Bergen Place Park. 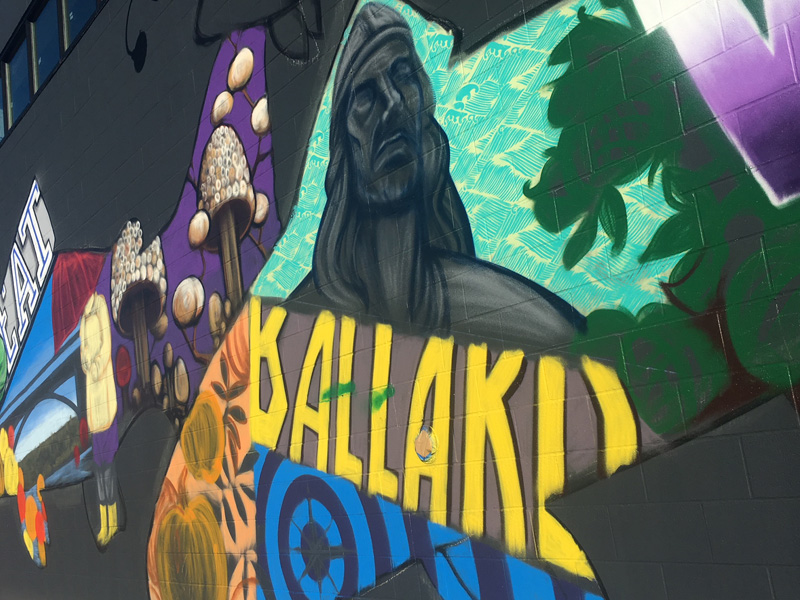 New Seasons tells My Ballard they commissioned Wakuda to incorporate local elements from the community, and they’re excited by his unique, Japanese-inspired art. You can see photos and video of Wakuda at work on the mural on his Instagram account.

You may have seen Wakuda’s work around the Seattle area. For example, he painted the mural on the old KEXP building as well as inside the radio station’s new facility at Seattle Center. 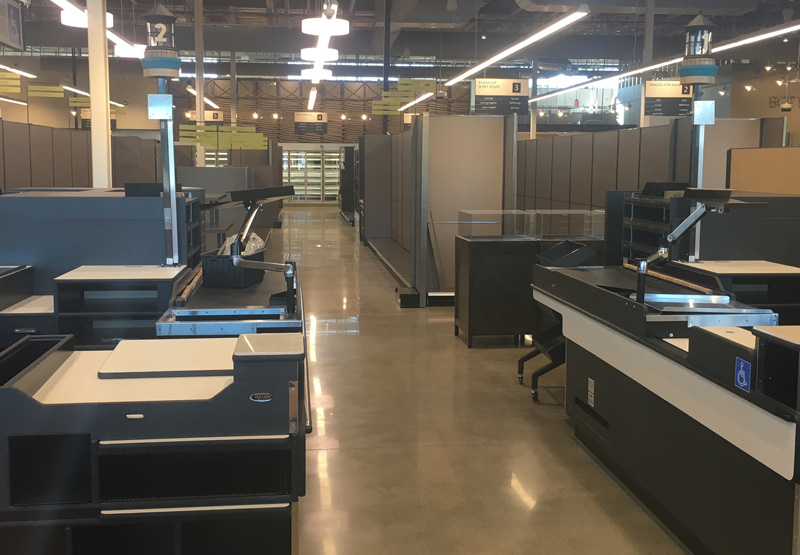 Meanwhile, New Seasons appears to be getting closer to opening. We peeked inside and the store is equipped with shelves and register counters. New Seasons says they still expect to open this spring, and the mural should be complete by the end of the month.

Saw the mural as I drove by yesterday, looks great!

Guest
Texting from My Prius

As a coatings expert, I hope they are able to apply some type of clear-coat to this stuff, as it’ll be made easier to clean off all the crap foisted upon it in a week, or less. Graffiti is not art.

As a member of UFCW Local 21, I will not support New Season’s Market, as they are very anti-labor and are known not to have a great working environment for employees. Support businesses that have a healthy workplace and take care of their employees.

That’s a beautiful mural but it won’t be able to cover up New Seasons disgusting business practices! I don’t know why they’re coming to Ballard. I shop at Ballard Market where employees have rights and the food is always fresh. Why do we need this company down the street? New Seasons tell workers to come to work while they’re sick, and if employees aren’t happy, neither am I.I won’t be shopping there ever!

@Erik
Tough one here. On the one hand, I’m pro-union, but on the other hand 10min in Seattle reveals that most people consider “hard work” to be lifting anything over 20lbs without texting for 5min or standing in front of a store selling homeless “newspapers” hoping the trust fund hippies will buy you a sandwich.

Well I will certainly shop here. Ballard Market is really not so great— overpriced and not always fresh. Some of us really don’t care about unions. If it’s good quality and convenient for me that’s more than enough. You don’t like the working conditions? Go find a new job then

If their labor practices are really so bad, they won’t attract good employees, service will be bad, and people won’t shop there. Simple, no need to hide behind your pro-unionist agendas here. Grocery stores being unionized is so laughable, its hardly the definition of skilled labor.

I’ve seen the job-postings for this new store, and they’re undercutting union wages by a significant margin.
This means that most people who will be working at this new store will not be able to afford to live anywhere nearby, or even anywhere in the city.
Imo, New Seasons Market represents the WALMART-IZATION of high-end grocery stores.
Ballard-ites in good conscious should support local, livable wages and shop at union grocery stores like Ballard Market.

@Beno
No, I won’t join your New Age cult and start “mediating”.
And no, I don’t need any of your newspapers or tax increases, hippie.

I hope the store is better than that shitty mural.

Bet you love Henry too. Keep hatin’ yourself to an early grave. You’re doing the world a favor.