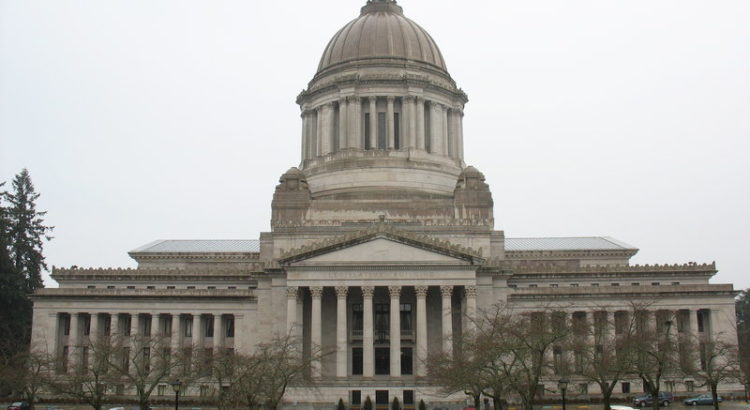 Touting transparency as the reason for the vote, Washington state legislators raced through a bill — with no floor debate — that exempted themselves from the voter-approved Public Records Act.

The bill (SB 6617) retroactively blocks the release of prior public records — including past communications and meetings with lobbyists — and it restricts which records lawmakers are required to release.

In January a Thurston County judge ruled that legislators were required to follow the Public Records Act, which they argued did not apply to them. The lawsuit originated from a group of media companies — the AP, Seattle Times, KING TV and others — that argued state lawmakers were not in compliance. The legislature appealed the judge’s ruling.

Then with little warning, legislators overwhelmingly approved the bill which effectively overrides the judge’s ruling. Among legislators in our Ballard and Fremont-area districts, only Sen. Reuven Carlyle voted against it. He was also one of the only legislators to comment on the bill.

“I voted against the open records SB 6617 bill not in criticism of the authors,” Sen. Carlyle wrote on Twitter. “But in a belief that [the legislature] required more deliberative time to craft a responsible solution with full public participation.”

Open government groups blasted the bill and the closed-door process to race it to a vote.

Representatives Frame, Tarleton, Pedersen, Macri and Sen. Copp all voted in favor. Since the bill was approved by an overwhelming majority, it cannot be vetoed by the governor.

Well all in the neighbourhood, you know what to do on election day, time a bunch of legislators should go.

who cares as long as they keep hating on Trump, right?

It’s so rare for the two major parties to agree on anything…maybe we should celebrate this as a great moment of bipartisan cooperation, where everybody came together to do what was best for the people of Washington. Right?
Anyone? Anyone? Bueller? Bueller? Bueller?

The one thing Dirty Democrats and Repulsive Republicans can agree on. Do not let the public know anything about what you are doing.

@ Josh: tell me about all the Republicans and how they ruin your life? 38 years now of the “d” party in Olympia now. Just there natural order of things to most here. Seattle is basically SF north now. The 2 coasts have become tribes, yet you loop all together here in an attempt to cover for the democrats. How convenient. Try hiding things from YOUR wife and get back to us.

We’re more dangerous and loathsome than the fabled El Chupacabra!!!

You guys all sound drunk.

I am a law student. Honestly, I did not want to go to this specialty, my parents forced me. Corruption around deputies is everywhere. I don’t think I’ll graduate from university, I just don’t want to.

I also study law, at first I liked the training, but something has changed. It was cool to learn the laws and know your rights. But then I do not see myself in this profession. Recently found law dissertation help, use https://writix.co.uk/law-dissertation-help for this. I want to please my parents with my grades, but soon I will have to say that I am dropping out of university. I don’t like law and justice. I don’t want to continue.