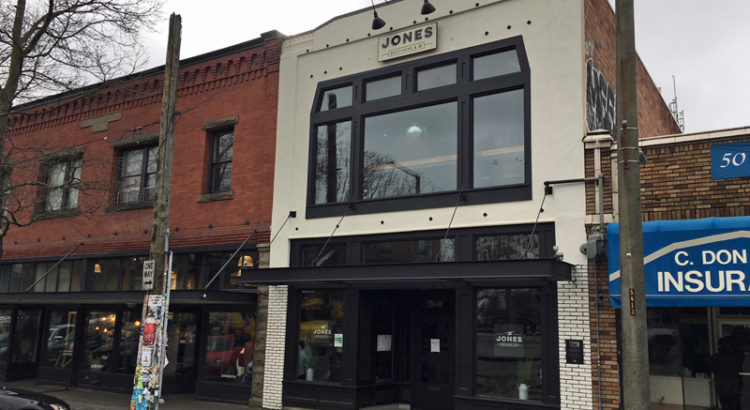 When restaurants open, they send us press releases galore. But when they close, they often disappear quietly into the night.

Back in January, the My Ballard Facebook group noticed an online listing (.pdf) to sell the Jones Brothers restaurant — the restaurant itself, not the building — located at 5449 Ballard Ave. NW (in the old Balmar space.) We emailed the restaurant to see what was up, but heard no response.

Now Yelp reviewers were first to notice that Jones Brothers has apparently closed. Eater, too. We called Jones Brothers, but it appears the number is disconnected. Their website, Facebook and Instagram make no mention that the restaurant is closed. And it appears it’s no longer for sale.

All this adds up to the likely scenario that someone has bought the restaurant, and either it will reopen as itself — or as another restaurant — in the coming weeks.

While it was open — for about a year — Jones Brothers had positive reviews, 3.5 stars on Yelp and 4.5 stars on My Ballard’s restaurant page.

19 thoughts to “It looks like Jones Brothers has closed”