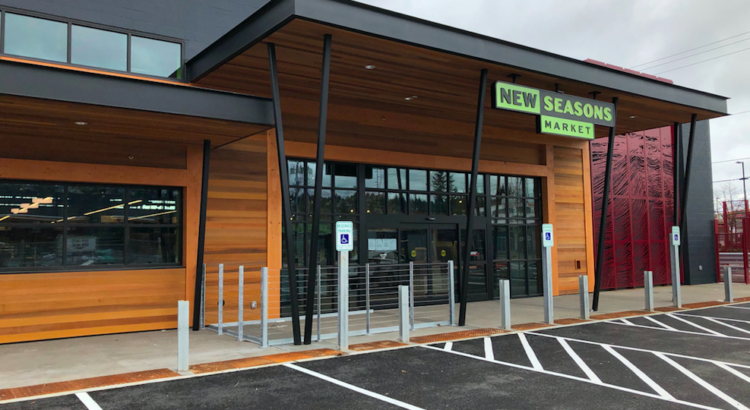 New Seasons Market is set to open at 951 NW Ballard Way one month from today.

“We are excited to open our doors to the Ballard community,” said Kerri Hunsley, Ballard store manager. “We hope to become a favorite a gathering place for our new neighbors and friends and be an active part of the community. We’ve partnered with local nonprofits, sourced products from local vendors and have hired staff from local neighborhoods.” 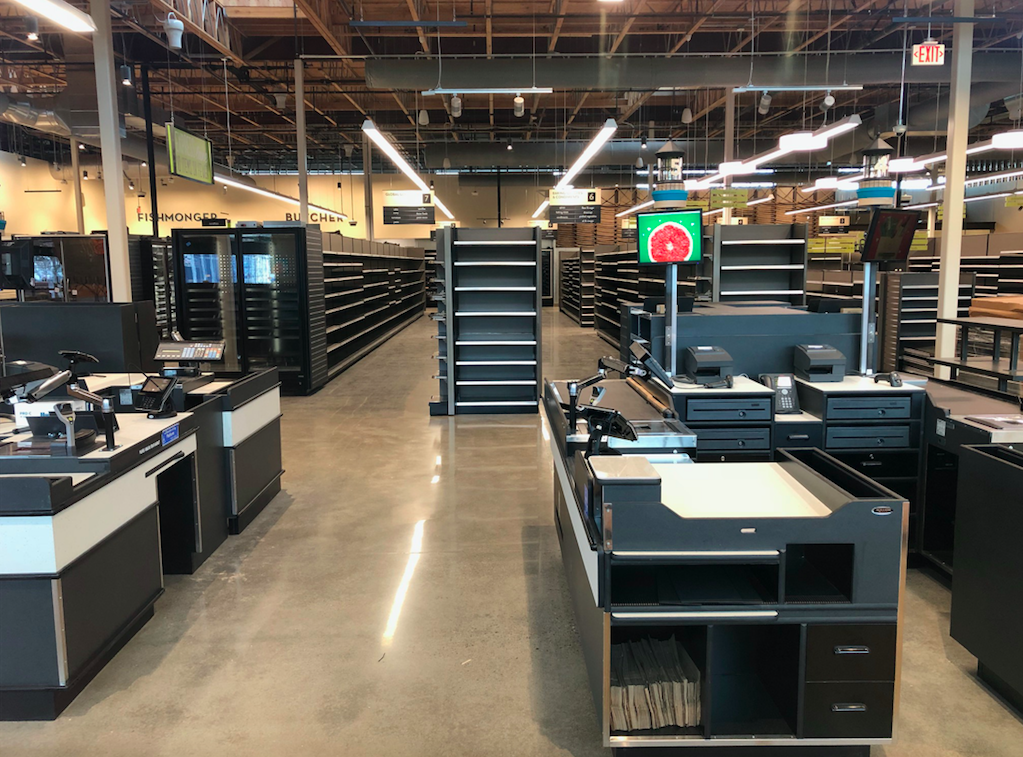 When we peeked in the windows this weekend, we saw shelving, signage and cash registers in place (above). As we reported earlier, the mural along the back of the building is complete.

“We’re honored to join the wonderful Ballard community and have spent time over the last year listening to understand the needs of our new neighbors, local vendors, producers and community partners,” said Kristi McFarland, Co-President and Chief People Officer. “It’s important that we reflect all the great ideas we heard from the residents into our Ballard store offerings.”

New Seasons will join Ballard Market, QFC, Safeway, Fred Meyer, Trader Joe’s and Amazon Fresh in the Ballard area — as well as the new PCC, currently under construction a short distance away at Ballard Blocks II.

In February Portland-based New Seasons announced the departure of its CEO and a “strategic shift” to invest more in core stores and communities. The company’s employees have been working toward unionizing and filed a labor complaint against the company in December.

By the way, there’s no word of what’s coming to the new office/retail space located directly across from the New Seasons parking lot. If you have any tips, please let us know.

(Full disclosure: Both New Seasons as well as the “Good Jobs Coalition” — which opposes New Seasons opening in the Central District — have been My Ballard advertisers)

18 thoughts to “New Seasons sets opening date for May 9”