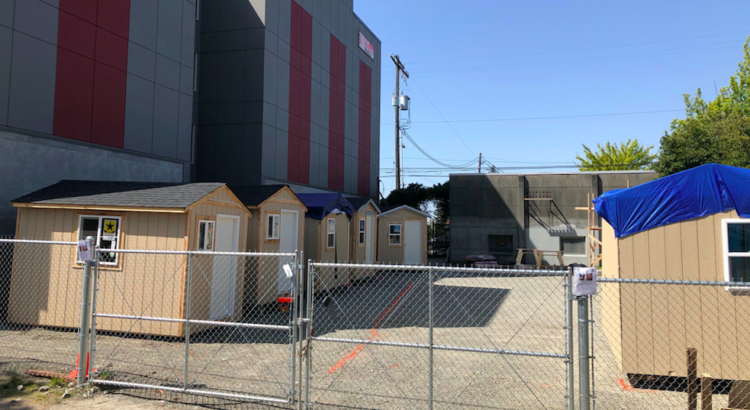 In the wake of Wednesday’s town hall in Ballard, here are a few links and stories about the fight to reduce homelessness and the proposed employee head tax…

TINY HOUSES: The Whittier Heights Village (above), a tiny houses camp for homeless women at 8030 15th Ave. NW (above), is coming together. “We don’t have an exact (opening) date yet, but our projection is the end of May,” Low Income Housing Institute’s Aaron Long tells us. “There will be work parties at the site on weekends until it opens.”

O’BRIEN PETITION: A Change.org letter from “frustrated neighbors” to Councilmember Mike O’Brien has surpassed 2,000 signatures. “We have 4,000 (homeless) people outside, it’s growing every day because of the income-inequality,” O’Brien told Q13 when they asked him about the petition. “Can’t do this with less money — we need more resources.”

TIMES OPINION: The Seattle Times Editorial Board urges the city council and Mayor Durkan to reject the head tax proposal.

TAX ALTERNATIVE: Leaders of three businesses, including Dick’s Drive-In, are promoting an alternative idea to the head tax: incentives for companies to donate money to non-profits.

CASE WORKERS: Some case workers say they’re a paycheck away from being homeless themselves, reports Crosscut. “I’m currently living with family members in Ballard,” says one in the story. “If I didn’t have that I’d be struggling hand to mouth like my coworkers.”