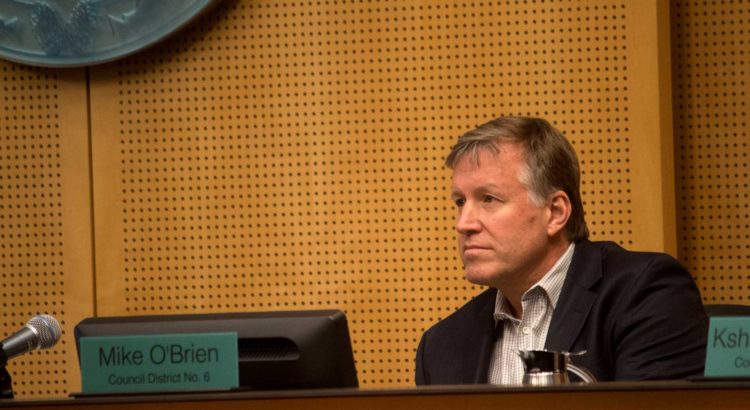 The Seattle Times is reporting that Councilmember Mike O’Brien was physically removed from an outdoor event at the Pacific Fishermen Shipyard on Friday night. The event was an official after-party of the Nordic Museum’s grand opening.

O’Brien said he was asked to leave, and as he looked for his wife, “someone from behind grabbed me by the shoulders and proceeded to shove me toward the gate and out the gate,” he said. “I was physically thrown out of this event because of the policies I advocate for.”

“We have a conflict with Mike O’Brien because of his efforts to put a bicycle path here and do some other issues that hurt the maritime-industrial area,” he said. Dixon said when O’Brien didn’t leave after he was told he was trespassing, “we had to forcibly remove him.”

Councilmember O’Brien is a polarizing figure in Ballard politics. He’s an outspoken supporter of plans to build the missing link of the Burke Gilman trail along the waterfront, which has been the subject of a long-running legal battle between Old Ballard businesses and the Seattle Department of Transportation. Earlier this year, the city hearing examiner ruled in favor of SDOT.

O’Brien took the brunt of criticism at a raucous town hall over homelessness last week, and a Change.org letter to O’Brien from neighbors frustrated with homelessness and crime has nearly 2,500 signatures. There’s a “Recall Mike O’Brien” Facebook group, which took this photo of “Visualize Recall” stickers making the rounds in Ballard.

(File photo above from the City of Seattle.)