Old Ballard Liquor Co. to shut down and reopen as Nordic bar and restaurant – My Ballard Skip to main content 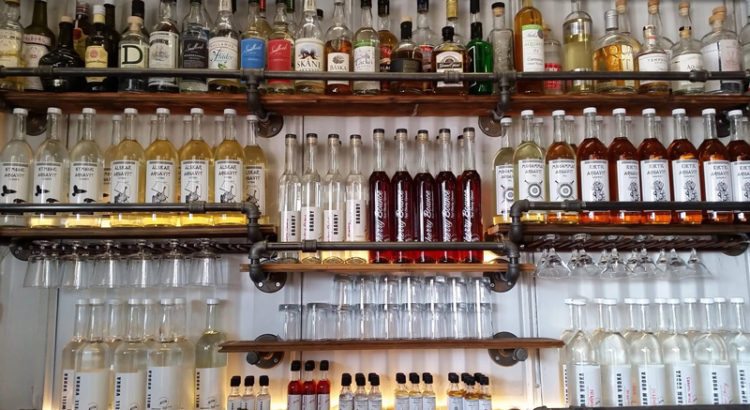 For the last six years, Old Ballard Liquor Company has been operating a nano distillery on Shilshole Ave. near the Ballard Bridge, specializing on a Scandinavian favorite: aquavit.

Owner Lexi, who goes by her first name, announced this last week that the distillery is shutting down at the end of the month. Old Ballard Liquor’s inventory is now 50% off, and the distillery is open 11 a.m. to 8 p.m. every day until it closes for good on July 31st. (It’s at 4421 Shilshole Ave NW.)

But not to fear, Lexi said she’ll reopen in “mid-to-late August” as a Nordic bar and restaurant. After all, Scandinavian food is another of Lexi’s loves. You may have eaten at “Tumble Swede,” a pop-up restaurant, most recently as a booth at SeafoodFest. Last year, she opened a small Scandinavian cafe inside Old Ballard Liquor Company with such dishes as Tunnbrödsrulle (Swedish street food), potato leek soup and elderflower ice cream. Then earlier this year, she announced a collaboration with the upcoming Skål Beer Hall to create the food concept for the Viking bar.

So a restaurant and bar sounds like a nice upgrade.

Lexi wouldn’t tell us why the distillery is closing — she said she’ll post a “detailed essay” on her website in coming weeks — but she did allude on Facebook to challenging regulations for smaller distilleries. She’s also not sharing details yet about her upcoming restaurant.

We’ll keep you updated, and in the meantime, head on down to Old Ballard Liquor Company for the discounted liquor. Everything must go by July 31st.

35 thoughts to “Old Ballard Liquor Co. to shut down and reopen as Nordic bar and restaurant”