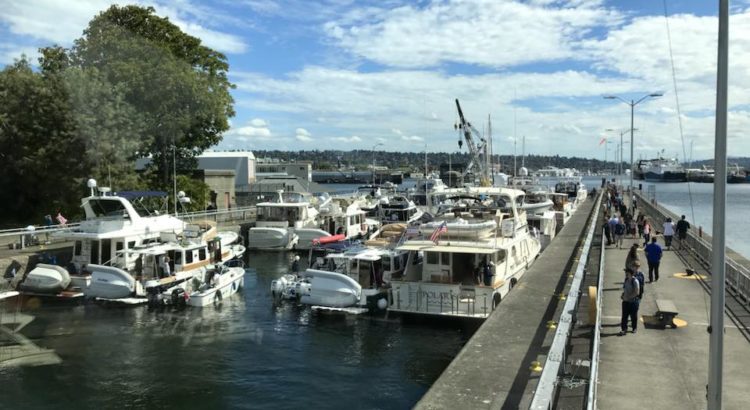 The Ballard Locks are about to get a major upgrade. The U.S. Army Corps of Engineers have awarded $10.5 million to the Hiram M. Chittenden Locks to replace the original large lock chamber’s 100-year-old gates.

The massive project will replace the original valves — known as the Stoney Gate Valves — which were the latest technology when the Panama Canal was constructed, in 1910. The same system made its way to the construction of the Ballard Locks. The Panama Canal gate valves, however, were replaced several years ago.

“The valves have been well maintained over the last 100 years,” Hofstra said in a statement. “Although, it’s time. They’re past the life expectancy of this type of equipment and the salt-water environment has taken its toll as well.”

This year’s regular annual lock maintenance closure is scheduled for October 29 – November 21. The maintenance will include the replacement of the large lock center gate bushings and gudgeon pin — used to support the weight of the gates, allowing them to rotate open and closed.

And ALL boaters MUST attend a class and MUST then clearly display the stickers they paid dearly for. So at least they’re all paying something into the system, unlike smug arrogant cyclists. Oh sure, you all own a vehicle or 2 and feel you pay your fair share. BFD. So do boaters, and all others paying these fees. Here any pushback or demands from these people? Nope. Just big city spandex nation.

Scott, I know you typically have absolutely zero knowledge about whatever you ramble on about on this blog, but you have now demonstrated that you have less than zero knowledge of both what taxes pay for and who pays for those taxes. Wake me up when car drivers and fully funding their mode of transportation.

It’s funny how the people who are the most outspoken against taxes are also the most ignorant about taxes.

Have another beer while out on Elliott Bay and get back to us about “special privileges”.