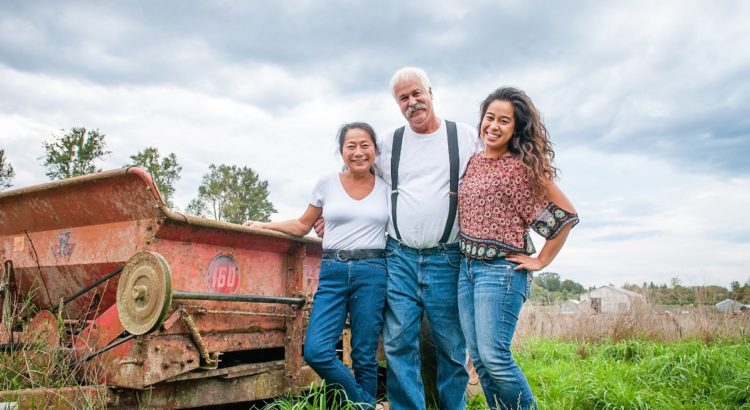 One of the Ballard Farmer’s Market’s longstanding vendors had a massive blow to their farm a few months ago: thieves ransacked Skagit River Ranch’s egg-producing chickens, stealing over 500 hens. They’ve taken a big financial hit as a result, so they’ve set up a crowdfunding campaign to help recoup their loss.

“How could we not have seen this?” Farmer George and Eiko Vojkovich write on their GoFundMe campaign. They say their free-range chickens were easy targets for the thieves, who came in the middle of the night and grabbed them, 50 to 100 at a time. “In all 20 years of raising chickens, this has never happened. We are used to losing some to eagles or coyotes, but this one, done by humans, was stealthy and lethal.”

It’s apparently happening more frequently; other farms have also been hit. They say another farmer lost 200 broilers (chickens raised for meat production), which he believes were killed quickly and sold at an “underground soup chicken market”. Apparently police have a suspect, but a lack of evidence means the person is still at large. “I doubt our egg thief is high on their list.”

Their bookkeeper estimated that the stolen chickens have resulted in a $35,000 – $45,000 revenue loss since May.

“This hit us in the busiest hay season, working from dawn to dark, we really didn’t have time to re-act, or even feel angry; we just felt defeated and heart broken,” Eiko writes on their campaign website. “The loss was big, and we seriously thought about quitting eggs all together. Then we thought about all of our customers who came faithfully to buy our eggs and stand in line to do so. Right. We can’t quit.”

So, they’re asking for help.

“We have never done this, so we really don’t know what to expect, but we will be grateful with whatever the amount you can help us with,” Eiko writes.

After one month, they’ve raised $13,270 from over 100 donors. To donate or learn more about the fundraiser, click here.

Thanks for the tip, Nancy!

I love when bad things happen all the good people show their faces. There are tons of selfish people out there, along with selfless people…

This stinks! Who steals someone’s chickens? I’m gonna check out the fundraiser.

I disagree. This is more likely some vegan activist idiots. However, since they also support the junkie hobo invasion, it really is all the same big problem.

You idiots are really something – the ranch is in Sedro Wooley. You can’t even confine your moronic hot takes to shit that’s remotely plausible.

Sorry, not idiots. Idiot. Clearly a sock puppet situation by some incel with too much time on his hands.

A soyboy calling someone an incel is pretty rich. How’s the dog baby?
The vegans do stuff like this, but yeah, it could be rural tweaker scumbags.
They’re everywhere, just like their progressive enabler idiots.

How about calling your insurance company?

The police have a suspect? Is that singular? Have you ever tried to catch a bunch of chickens? There was more than one person involved to steal 500 chickens. Especially free range chickens that are not even penned up. Seems you cannot escape crime as it is everywhere. Urban and rural. I do not think I have ever heard of an “underground soup kitchen”. Is that like a Robin Hood thing or just a hood thing?

I admit, “underground soup kitchen” sounds…intriguing. So many possibilities.

I guess all the eggs dried up for the cat moms at farmers market, amirite?