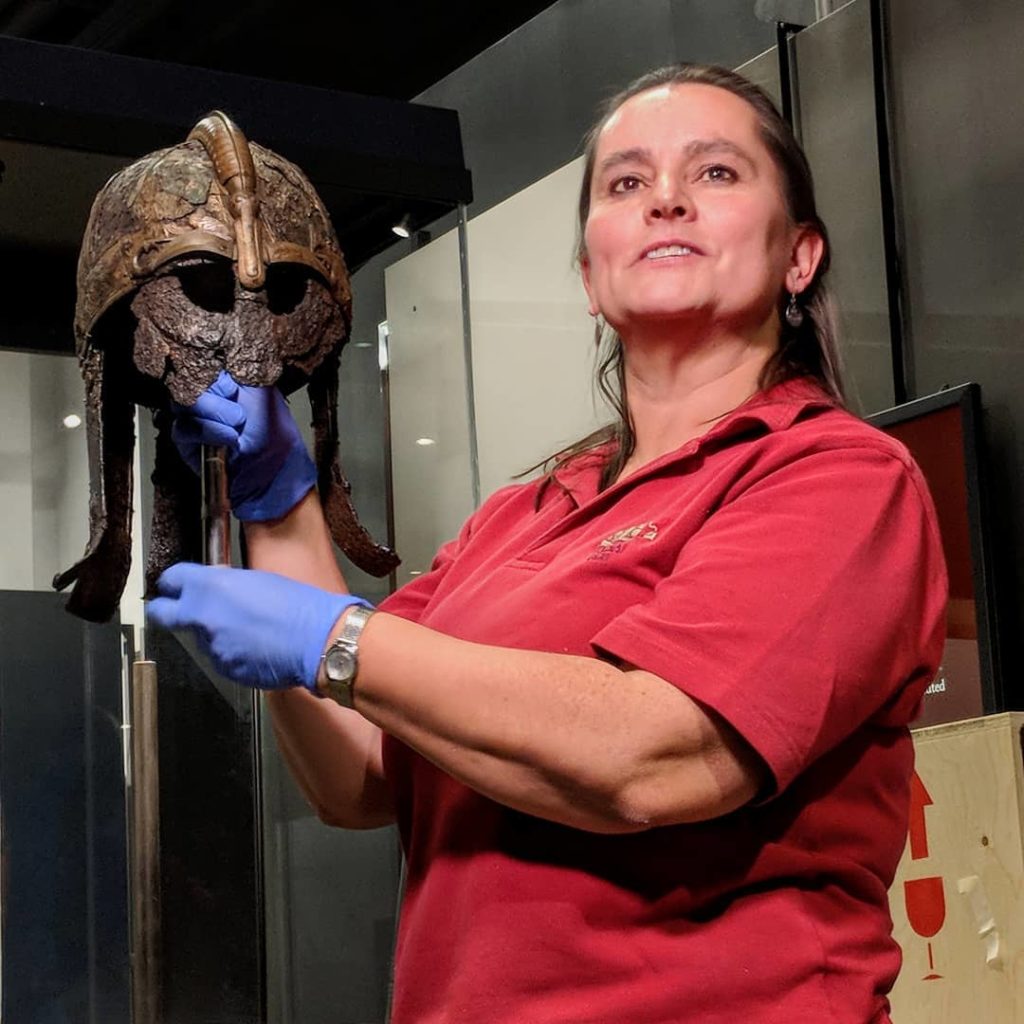 The Nordic Museum unveiled its newest exhibit over the weekend: The Vikings Begin tells the story of the Vikings of early Scandinavia, with original artifacts, reconstructions, and archaeological discoveries from early Viking Age society.

The exhibit draws on the latest research conducted on both historic and recent discoveries of Viking artifacts by Uppsala University in Sweden. According to the Nordic, Uppsala’s museum Gustavianum curated the exhibit with research done by Uppsala professor Neil Price. “These objects tell the story not only of the person buried with them, but also of the world they inhabited: its social and economic makeup, its religions, and its culture.”

From Dr. Marika Hedin, about the exhibit:

With no written sources, no religious texts, not even records of trade, this early Viking society remains elusive. Objects—found in the graves of the rich and mighty—are what Neil Price, Charlotte Hedenstierna-Johnson, and John Ljungkvist use in their research. Analyzed with new methods, these stunning artifacts reveal a level of sophistication previously unknown to researchers. The early Vikings’ spiritual world was rich and multi-layered. They farmed the land, but with a maritime outlook: coast, inland waterways, boats, and navigational skills were essential. They communicated with the rest of the world through trade and travel, but simultaneously valued warrior skills. And they were extremely skilled in two crafts: boatbuilding and metal works.

The Vikings Begin is the first exhibit in the US to reveal original objects from the early Viking era. Visitors will see original weaponry, jewelry and “objects with magical importance”.

“The finds come from both male and female graves, as both sexes played important roles in society. Recent finds even indicate that women sometimes actively participated in battle; however, their power resided primarily on the spiritual and magical sides of life,” Hedin writes.

The Vikings Begin is on until April 2019, and costs $5 for the general public (free for museum members).

Bring them back. Re-take Ballard!

Are you kidding? The Vikings would never survive #MeToo

Let the waves flow with the blood of our enemies, Praise Odin. Loyal shield-maidens will be betrothed, but the women of the cats shall be sold to the Saracens.

We just spent 2 weeks in and around the Baltic/Scandinavian countries.
Raise a glass of kvass and shout ‘Yay Vikings’!

Did you see many tents and human feces? If not, they aren’t very PROGRESSIVE ARE THEY?

I am glad you asked that question!
We did not see any tents, dripping RVs, discarded needles or public displays of excrement.
On one of my early morning walks in the Gamla Stan ‘hood of Stockholm I witnessed a city cop bundling a drunk, excuse me, I mean an inebriated citizen into the back of her patrol car. So, good policing in Scandinavia.

So toxic! But they are my favorite TV show!

Guest
Curator with an Edge

Coming soon: The Junkies Begin: A History of Early-2000s Ballard

Just think, someday we can tell our grandchildren that we witnessed the feral junkie/criminal plague of the early 21st Century!