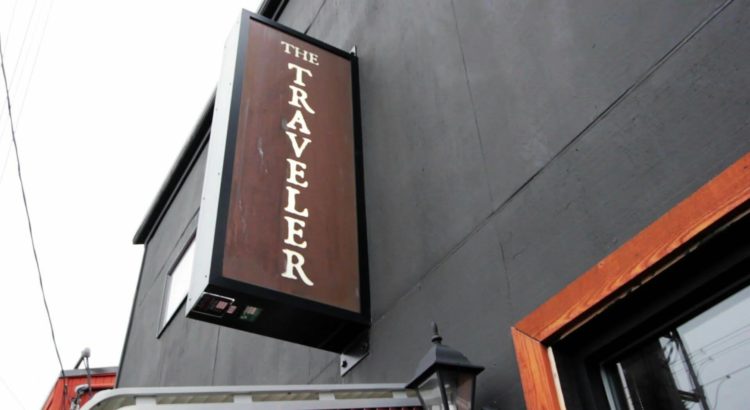 General manager Leeanne Burk says she saw it coming after the owners closed their other restaurant/bar in Queen Anne, The Great Nabob.

“Things just didn’t work out,” Burk told My Ballard. “When Nabob closed in July, I figured this one wasn’t too much further behind,” she said. “I guess that’s just the dynamics of the restaurant industry — the owners just want to move on.”

The Leary Traveler opened in Frelard 10 years ago. The owners were leasing the restaurant, so we’ll update when we know who moves in to the vacated space.

Went there a handful of times before the junkie criminal invasion of Frelard, and it was high priced and too many barking dog babies. I can see why it was passed up by people even though the offerings were pretty good. When owners choose the fast cash of inconsiderate dog owners over a calm, warm atmosphere they lose in the long run.

Complaining is Seattle’s new favorite sport and you just made varsity. Go team!

Inconsiderate dog parent detected. Care to reimburse the people you annoy in bars and restaurants?

No dogs, but I am sorry if my stuffed 7 foot pet Seahawk “Blitz” has ever disturbed your dining experience.

Not bad. I laughed. Does your pet Seahawk have hair extensions? Consider it.

They allowed dogs but not kids. Perfection. They will be missed. But since you never introduced yourself to me while we were at the Traveler, I guess I won’t miss you.

The rules regarding children in restaurants/bars in Seattle are, as expected, arbitrary/absurd/outdated. I’m torn about this, but since disciplining children has become a hate crime I’m pretty sure I don’t want to be around any screaming precious num num future art majors – judging by what I see in stores.

This might be the most apt internet handle I’ve ever come across. Kudos to you, my friend!

That’s too bad. Tasty food and a lovely patio – and often no wait for brunch when The Dish has a long wait. Here’s to hoping something with a similar casual vibe with quality food opens up.

Sorry to hear this. First time we took our pup there he was three months old, now he’s nine! I’ll break it to him gently he loved going there as did we. Good luck to all of the great employees there, always friendly service and tasty food!

I’m still waiting for Sonic and a DQ or something real Americana dammit ! Restaurants and micro brews are a dime a dozen in Ballard or frelard or what ever you catch your self trying to escape the weirdo s and bumation Nation !

If you don’t like the amazing food options or breweries our amazing neighborhood has to offer, move to the suburbs of beautiful Marysville or somewhere. Clearly, your needs are not being met here.

DQ has sucked for years. Ballard just needs a Kidd Valley. I suspect there is something keeping this from happening; probably rich hipster politics to keep the $25 burger scam going.
@Dr. Clipper: don’t say “Bums” or it will trigger the trust fund bums and actual bums using Obamaphones who frequent the comments.

@BallardNative: the old “move to ______ “routine is pretty tired. FWIW the gastropub $25 burger cancer is everywhere. Valid criticism. Conversely, the bums could all move somewhere cheaper to live instead of the rest of us racking our brain$ to help them crap and inject more conveniently.

Great idea!! Maybe they can put the new Ballard Kidd Valley right next to Red Mill! Then we would finally have some choices….

The food was inconsistent, among other things

The 50/50 sliders will be missed… hands down the best sliders that I have ever had!

I was only here a few times but was always impressed when I was. I’m sorry things did not work out.

I was only there three times. The first was good, and the Belgian frites were exceptional! Skip ahead two years (I don’t dine out often), and the service and food quality went drastically downhill over the next two visits, to the extent that both were awful last Spring. I never went back.