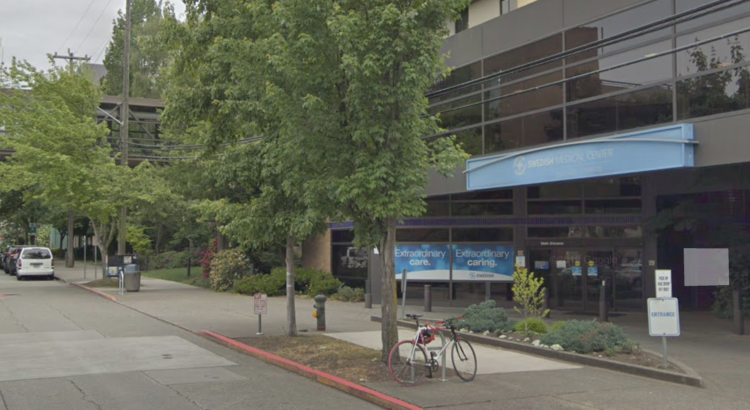 The cafeteria at Swedish Hospital in Ballard will be closing soon, which will impact a number of community members who rely on the cafeteria for low-cost meals.

Reader Lori Smith wrote to tell us of the changes, which was confirmed by a supervisor at Swedish on Monday. The hospital wasn’t making enough money from the cafeteria, which employs four people, and so will switch to a grab-and-go style from a vending machine. The cafeteria workers will keep their jobs, but will be transferred to a new department in the hospital. Meals for hospital patients won’t be affected, according to the cafeteria employee.

A number of elderly frequent the Swedish cafeteria, which currently offers hot meals for between $5 and $7 — one of the cheapest eating-out options for seniors living nearby.

“Many elderly people eat there regularly — enjoying not just the delicious and affordable meals, but also the sense of companionship and community,” Smith tells My Ballard.

The cafeteria was slated to close Nov. 30, but they’ve extended it for awhile longer — the closing date is still up in the air. My Ballard has contacted Swedish for confirmation, who haven’t yet responded to our request for information.

Thanks Lori, for the tip!

The seniors can get a great low cost meal at the Ballard Senior Center!
Great sense of companionship and community!!

That is factually correct but the center is at the other end of Ballard, away from the senior housing near the cafeteria. That’s a long haul for a hungry frail person.

The Ballard NW Senior Center is a bit of a walk from the Ballard Hospital. We recommend people use the 44 bus line that picks up on Market St and stops in front of the senior center. If you have questions about how to get to the senior center please email KristinaW@SoundGenerations.org and we would love to help.

My husband was a patient at Ballard Swedish last year and I visited the cafeteria everyday he was there — often desperate to find something decent to eat without having to leave the hospital. The reason this cafeteria could not make money was not for lack of potential in-house clientele. It failed because the cooked food and selection of grab and go food was of depressingly poor quality. I’ve spent time in other hospital cafeterias — and the better ones are bustling with patrons at lunch time. The problem with this miserable cafeteria was that the people contracted to run it were clueless.

Thank you Nixon for allowing healthcare for profit.

Guest
Woe is Me

Your litany of sorrows goes back so far, you’re never going to be happy are you?

Making peace with China, too. Nixon was almost as awful as that Global Trade Monkeyman Clinton.

Why do YOU get up and go to freaking work then? Perhaps Sean Penn and Danny Glover can come here and tell us all about the benefits of living in Venezuela, and how great that system is working for their people. The Dr’s. I know and work for all stayed in school for 15+ years. They did NOT do this for fun and have not only done well themselves, but their staffs have too. I’ve been told many nurses are making over $100K/year. How terrible of them.

And that’s why healthcare is over priced.

You realize of course that the main sponsor of the Health Maintenance Organization Act of 1973 was Senator Edward Kennedy of Massachusetts?

Nixon did sign it but only because Kennedy got it passed by Congress.

Oh and it didn’t do what a dumb internet meme says it did.

Let’s go back further to when Ronald Reagan told us that nationalized healthcare is C͓̲̙͍̜̝͔̿̌̒̃̅͋̍͌̿͆͢O̵͉̻̪̟͕͎̥͇̼̍̅̌̀̚͝͝M̧̰̥̠͔̳̅̄͌͊̇͟M̷̨̨͕̤͍̻̝̿̍̿͒̐͢͞Û̧̨͔̻̣̮͎̻͒͐͑̉̇̽͠͝͝N̞̯̪̩̥̈́͒̊̐͒̀̇͡͠ͅͅI̱͇͈̹͔͇̲̻̽̔̉́̐͝S̷͍͖͙̟̟̥̣̆͛́̆̅͂͠M̴̢̛͈͎̦̹̜͎̿͋̍̾̎̂̓̈̆͢͟͢.

We’re so much better off going bankrupt from minor injuries in order to prop up massively for profit pharmaceuticals, hospitals and insurance companies.

Perhaps Senior services could take it over.

Wow. That cafeteria was once very busy, from 6AM to 8PM. Both from hospital employees, visitors, staff from the surrounding clinics, and people attending classes or workshops in one of the conference rooms. But the last time I was in there at lunchtime, the dining room was practically empty. They have fewer inpatient beds, most entry/exit doors are now locked for security reasons, so there just aren’t as many people on-campus as there used to be.

I hope the vendo options will be decent. At least visitors will have the option of ordering a meal from ala Cart, so they can eat with patient they are visiting.

And, once again the elderly suffer. How much does this State put out for illegals and other special interests while Americans suffer. This States governments truly SUCK.

So the government should intervene in a private hospital and force them to lose money selling food?

The elderly suffer? Please remind me what generation put into place one of the worst and most expensive health care systems on the planet? Now they want our sympathy? The illegals are the ones paying taxes to cover your medicare so watch out where you are pointing the finger.

Maybe they should switch to vegan?

What’s with your drug addict fetish? Do they keep turning down your advances? Is that why you’re so triggered?

Megan, maybe you should go relax with a nice Romaine salad.

I was a part of the Physical Therapy office closer at 5 campuses on Nov 14 (Ballard included). I’m Still looking a job, sucks to be me .

It should be noted that the on campus PT OT at Swedish accepted Medicare. A lot of local PT OT. Clinics in this area do not accept Medicare.

I’m not trying to distract from this article – it’s well known that the cafeteria provides a food source for those who are priced out of other Ballard options, particularly the elderly population. That being said, Swedish is making a number of other changes. Yes, closing outpatient PT/OT (below). Also, it’s losing it’s nursery followed by it’s neonatologist. That’s unheard of throughout Seattle to go backwards and not have a nursery or dedicated baby doctor for when things go wrong. Not to mention, the hospital serves women from throughout the state who are stabilizing from substance abuse. Ballard used to have a program that helped keep these women with their babies as they finished a substance abuse program. Not anymore, doing a diservice to women across the state. Women and families who choose Ballard are losing vital resources. My Ballard, look into this issue at more! Swedish is no longer committed to serving it’s Ballard community.

Wait, they d/c’d outpatient PT? I thought Swedish was decreasing inpatient treatment options so they could focus on outpatient programs (since OP has better reimbursment). All fhese new changes sound ominous, especially for the Ballard campus.

Yes, agreed it was mentioned swedish is trying g to emphasize it’s outpatient care, which does make it seem odd that they’re doing away with outpatient pt

Hmm, that makes me wonder what they’re planning for the Ballard Campus. Rebecca, by “nursery”, do you mean Ballard will no longer have a labor and delivery unit?

You don’t want to have a baby in a hospital in America anyways. Especially if you’re a black woman. Google it. Meanwhile babies are dying and they’re letting junkies shoot up heroin wherever they want. Ridiculous

Its not profitable enough. SMH

Please note the hospital wasn’t losing money on the cafeteria, they said it wasn’t profitable enough. As someone who has spent many, many hours in hospitals as a visitor having a cafeteria in the building to get something to eat was important. Also many hospital employees – especially nurses- don’t have time to leave the building to go get a meal or snack. Or can’t afford to order from meal delivery services

Exactly. If you are a union employee working an 8° shift, you’re allowed a 30 minute unpaid lunch break. Nurses work twelve hour shifts nowadays, as do some of the support staff, so perhaps the system allows them to be off the clock for a longer lunch. But this will really affect staff who still work eights.

Employees at the Starbucks at Children’s Hospital have told me it doesn’t turn a profit – they keep it open as a service to the community. And yeah, that’s a damn important service, both for visitors, as well as for health care professionals working a 12 hour overnight shift.

St.lukes used to have a good free lunch every Friday but rather cater every morning to chaos and destructive people and really spooky walking by every morning or people yelling or fighting…..you know same old BS !

I hope they find a way to keep it open!! I volunteered there many years ago and remember looking forward to buying an affordable hot lunch after!

I’m a line cook at Swedish, First Hill. These cuts were made system wide (all campuses), the Ballard campus is the only cafeteria that closed completely. For now. The rest of us are ending our dinner service and no weekend service.

The employees are fighting these cuts through our union and some public support from the community would be immensely helpful to us. I can’t tell you how many of my friends eat in my cafeteria for the same reason as these seniors do. These two older guys I knew from the Georgetown neighborhood used to come up on the 60 bus to eat and sit in our cafeteria, not to mention family members and friends of patients who are here with their loved one(s), frequently from out of town.

We’ve temporarily stalled cuts, but only have until the end of the month to reverse or at least lessen these cuts.

Peter please tell us who we should be contacting. I literally spent weeks at First Hill and if it hadn’t been for that cafeteria- especially in the evenings- my family and I don’t know what would have done for meals. My mother was hospitalized there repeatedly over the years and we sometimes supplemented her hospital meals with food from the cafeteria.