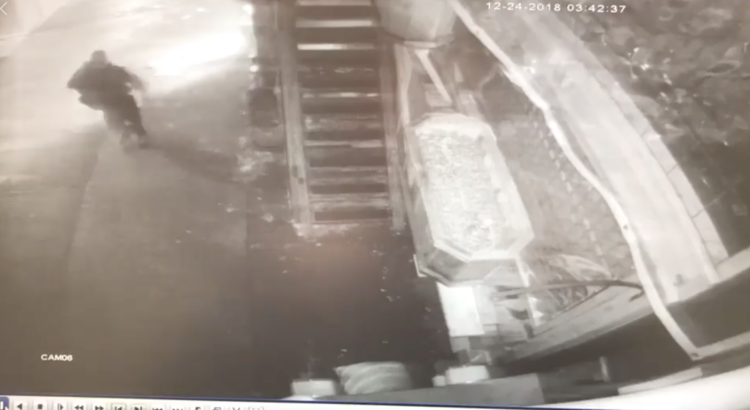 Updated: It may not come as a surprise given the circumstances, but Seattle Fire has determined that the two fires on N 36th St. in Fremont were intentionally set.

Firefighters were called out early Christmas Eve morning to a fire in the alley next to Habitude Spa Salon. Less than 30 minutes later, they were called out to another fire a block away at Ounce of Prevention. Both fires originated outside the buildings.

While the second fire was quickly extinguished, the first burned for over an hour. Habitude and Red Star Taco Bar sustained $190,000 in damage, Seattle Fire investigators said. Ounce of Prevention sustained $10,000 in damage. 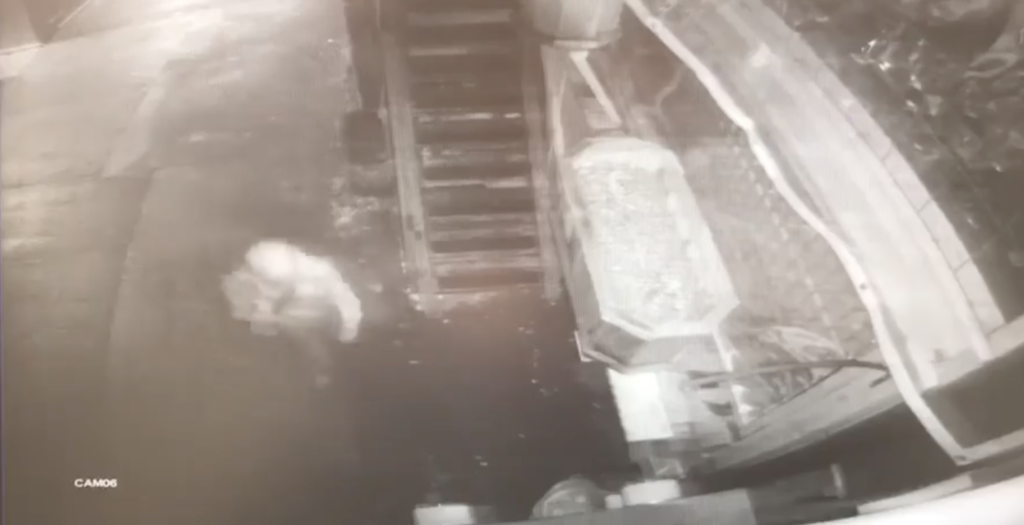 Art gallery and shop Sfingday was also damaged, and the owners posted a surveillance video on Facebook that certainly appears to show a person lighting a fire at 3:42 a.m. – four minutes before Seattle Fire was dispatched – and then quickly leaving the scene.

SPD’s arson and bomb squad is conducting the investigation and search for the arsonist. If you have any information, please contact (206) 684-8980. Callers can choose to remain anonymous. 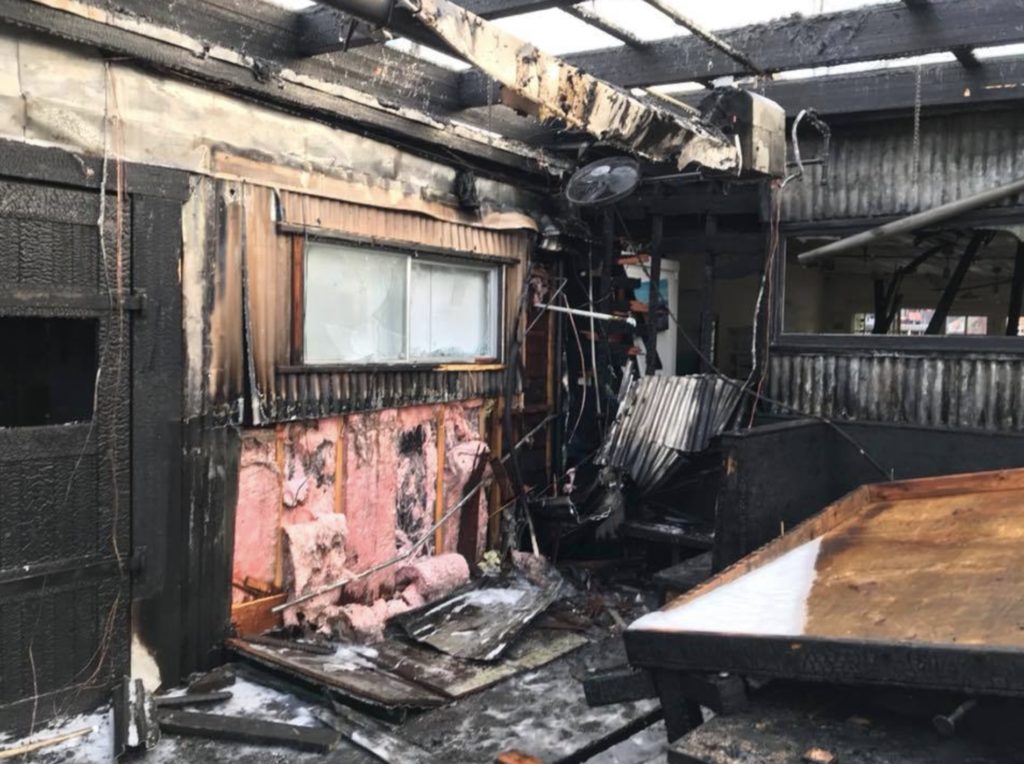 “Thanks to everyone who reached out with offers of support, it means the world to us,” said Billy Beckett, the owner of Red Star Taco Bell who posted several damage photos on Facebook, including the one above. “We are waiting to talk to our insurance people but we are confident arson is covered by our policy and this should hopefully be a temporary set back. We will have a lot of cleaning and clearing to do but the show will go on.”

Habitude said it was temporarily moving its stylists and appointments to their Ballard location until they can get back up and running in Fremont.

Also – this may be entirely unrelated, but we thought we’d share. Seattle Fire was called out just before 9 p.m. Christmas Eve night to investigate an individual trying to start a fire in a dumpster behind the Ballard Food Bank, according to a scanner call and dispatch log. A good reminder to keep your eyes open. (Thanks Silver for the tip.)