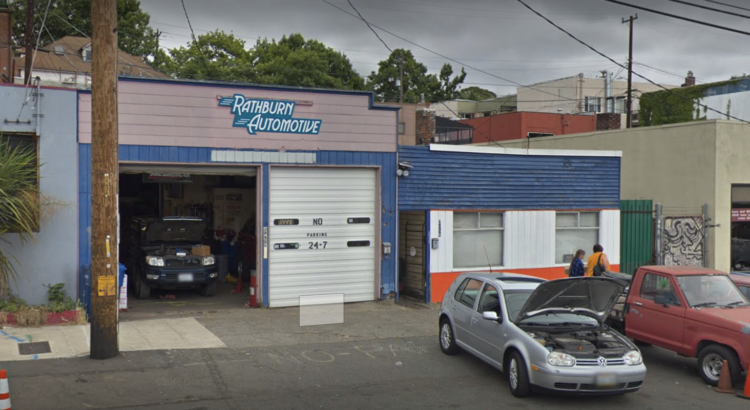 Some changes are coming to Shilshole Ave, as Rathburn Automotive (5458 Shilshole Ave NW) is on the lookout for a new location in Ballard given the pending sale of their building.

Owner Jason Rathburn moved into the space five years ago, after the building he rented in Magnolia sold. He said there’s still a chance that the sale could fall through, but he wants to take control of the situation — the last time this happened, he was only given 30 days notice.

“My plan is to move either way,” Rathburn said.

According to Rathburn, the realtor told him it was a brewery who was buying the building. The realtor didn’t disclose the brewery’s name, but did say they would likely turn it into an off-site tasting room.

Rathburn’s current lease is up in May, but he plans to move as soon as he finds a new location. “I’d like to stay in the neighborhood,” he said.

I was wondering, just the other day, about the spate of single-story automotive services shops on that stretch of Leary, and wondering how much longer these independent businesses would survive in red-hot Ballard. I guess there’s a partial answer.

I believe “shit-hot” is a more accurate descriptor.

how bad does it hurt being wrong all the time?