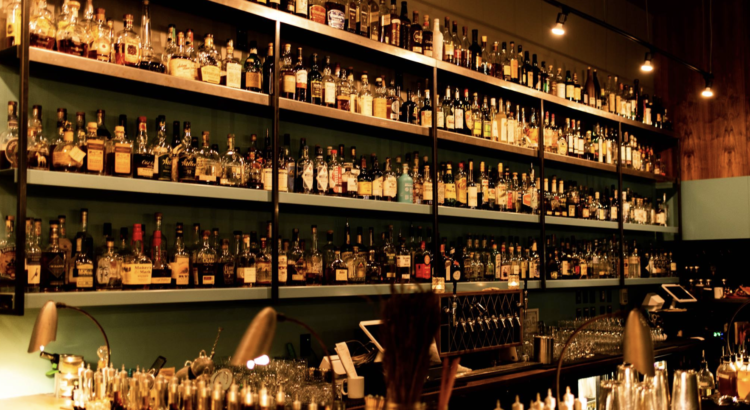 Wes Yoo never expected to work in a kitchen.

But, on a Thursday night when a group of 12 turns up without a reservation and there’s a private birthday party going on in the back room, owner of The Gerald will be elbow-to-elbow with the bar’s chef, because that’s what you do when your staff is slammed.

Yoo bought The Gerald in 2018, and has since transformed the place. He and contractors worked nonstop for a week sanding off the old decor so they could paint and add new life to the narrow bar that operates right in the middle of Ballard Ave. 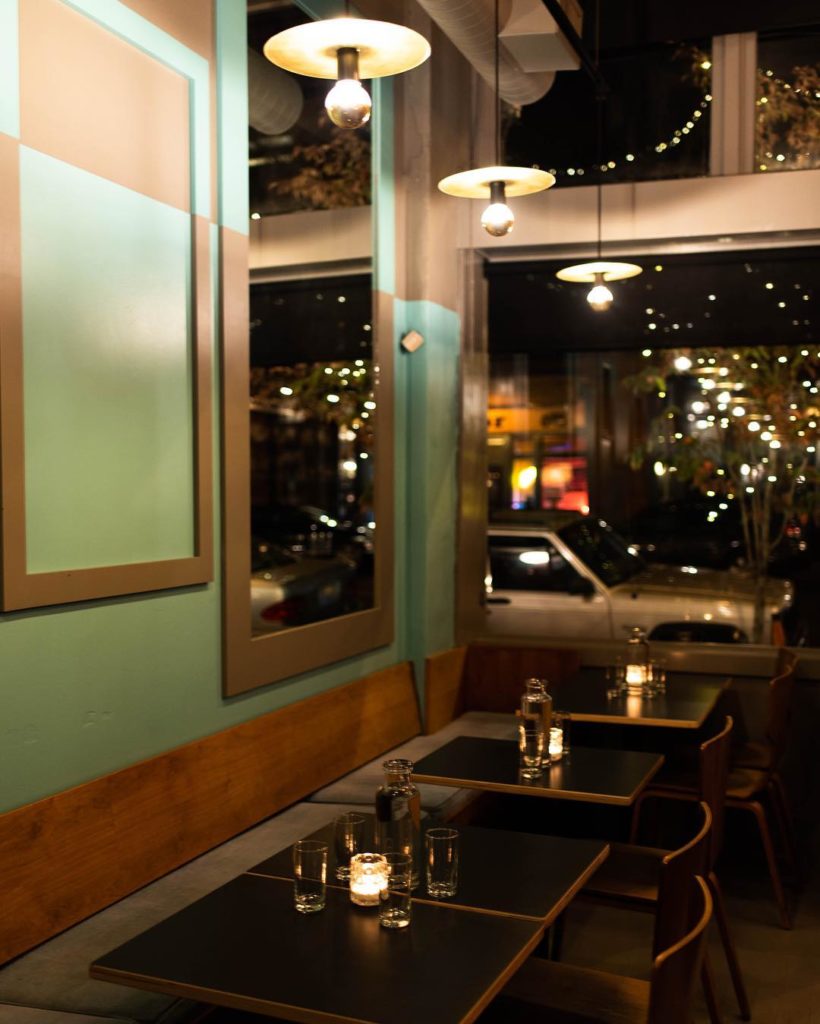 It has something of an Alice in Wonderland appeal, with two-toned blue walls lined with mirrors in the main room. Down a hallway, the back of the bar has a more secluded area, often used for private events or for brunch guests with underage patrons. Plants line the prominent glass wall of the back room, which creates a greenhouse appeal when the sun is out, Yoo said.

Yoo chose to keep the name, which the original owners chose as a throwback to a previous occupant, Elephant Gerald t-shirt company. They’ve made over the menu, which still has a strong comfort-food theme: crispy cheese curds, roasted brussels sprouts, mac and cheese, and even a PJ&B sandwich — that’s pancetta-jam and brie on peasant bread, not your classic kid’s meal.

While they now have what Yoo calls a “robust” new food menu, their cocktails are the main attraction. Bar manager Katie Frasier is the mastermind behind the drink list, which she changes seasonally. Their back bar has what Yoo believes is the largest in Ballard — 500 bottles-strong.

Decor and menus aside, the biggest change, Frasier said, is the ownership. “Half the staff were on their way out before he took over,” she says. The previous owners weren’t around much, which is the opposite of Yoo’s philosophy.

“Having an invested owner makes a huge difference,” she said.

The Gerald’s house are Monday to Thursday, 4pm to midnight; Friday and Saturday, 4pm to 2am; and Sundays 10am to 10pm.

We have arrived folks. Disposable income? I got no stinkin disposable income. Cooking at home is so much better and costs way less. More should try this, and figure out how expensive it gets ordering or eating out. I sure like my new instant pot!

Are you seriously trying to shame people for enjoying dining out? I don’t think there’s a single person on this planet that doesn’t understand that dining out if more expensive.

I pity your inability to enjoy life without seeing the negatives in every…minuscule…thing. You should really turn off the angry radio men, get out of the house and experience how not terrible everything is.

Bars are over. There is no point to paying a premium for watery drinks to watch people stare at their phones.
Occasionally you can have a chat with a stranger or meet a woman but this is rare in frosty tech land. Bummer. Old Ballard was pretty sweet.

Still plenty of great bar spots in Ballard with good people. I think you need to get over yourself. The constant “everything is terrible” posts are just down right pathetic.

Sorry for the honesty. You seem to not notice the cultural nadir we are experiencing. Pretty funny for a person who is always telling conservatives to “get out and leave the basement” etc.

You seem to not notice the cultural nadir we are experiencing.

Maybe because we are not experiencing such a “cultural nadir”, especially on the scale you are complaining. Maybe you just need better hang outs and/or better friends?

So here I’ve been thinking that going out in Ballard is a fun experience, when according to an online magazine covering the LA area, I’m wrong and my experiences are terrible, because some people choose to use their phones in a public setting.

I am now woke! Thanks Uncle Buck, you’re really doing a service in the MyBallard comment section.

Yup, the thousands of people that were out and about Friday and Saturday night on Ballard, Market, and Leary avenues must not have gotten UB’s message of staying home and spamming local community message boards with nonsense.

Good, Andrew. So maybe we could get more people out if we lowered the restaurant and liquor taxes, perhaps? The city and state could make up the difference in increased volume. Of course, this would require some knowledge of business and economics…

Old Ballard is still pretty sweet. I’m never at a loss for places to eat and/or drink, any time of day or night. Yeah, it’s not cheap, but who cares? It’s better than Netflix and chill any day.

U.B. I agree with you on this. Bars/pubs used to be a place where you could go and enjoy talking to a stranger and having a fun time, now it is loud, expensive and disappointing conversations. I guess I am getting old……