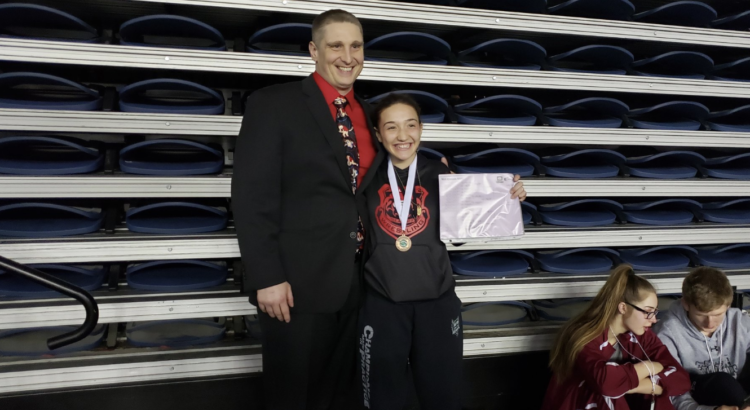 Kayla took 4th place at the Washington state wrestling competition over the weekend. On top of her history-making win, she’s also the first Ballard wrestler to place at state since MMA fighter and former UFC heavyweight champion Josh Barnett  in the mid-90s, according to BHS wrestling coach Jared Daniels.

Daniels said that Kayla has had quite the wrestling record at BHS: she’s gone to state all four years at the school, and is eyeing up options for wrestling at college after she graduates.

Coach Daniels said female wrestling has been growing in recent years. “Washington has some of, if not the best, lady wrestlers in the nation.” He said they’re trying to build wrestling as a sport, and hopes to start a club that would be open to kids of all ages. Daniels asks that interested parents email him at Jmdaniels1@seattleschools.org.

Congratulations to Kayla and the rest of the BHS wrestling team!