Construction for the project to improve water quality in the Ship Canal is taking shape, as crews begin removing contaminated soil from the site to prepare for tunnel excavation.

A large tent has been set up at the project site (5300 24th Ave NW), which will be used to store the contaminated soils during the remediation (photo below).

At the beginning of March, the project team advertised the tunnel construction contract. The main tunnel will run from Wallingford to Ballard, with five shafts, plus another smaller tunnel between Fremont and Queen Anne underneath the Ship Canal. They plan to start construction in late 2019.

Upcoming work in Ballard will include the construction of a ramp at the north edge of the SPU property next to the railroad in order to load materials into the railcars more easily. They’ll use trains on the Ballard Terminal Railroad track to remove soil once remediation begins. 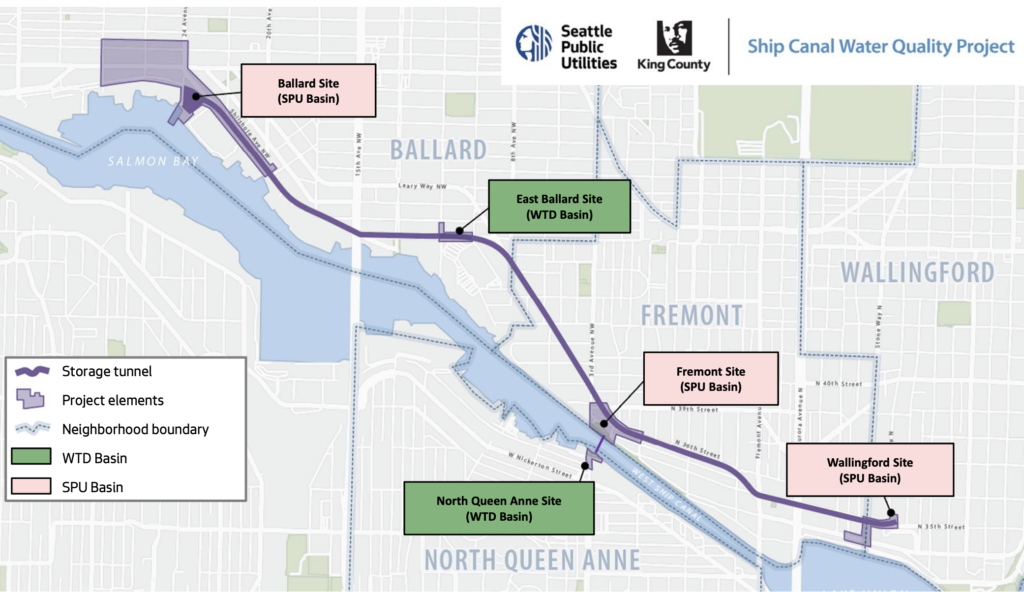 Other longterm construction associated with the water quality project include the creation of new conveyance pipes, which will run along NW 56th St between 28th Ave NW and 24th Ave NW to carry stormwater and sewage flows into the new tunnel. They’ll also be building a pump station on the northern part of the Ballard site.

Construction for the conveyance pipes and pump station is expected to start in early 2023.

To stay updated on the project or to learn more, visit the Ship Canal Project website.