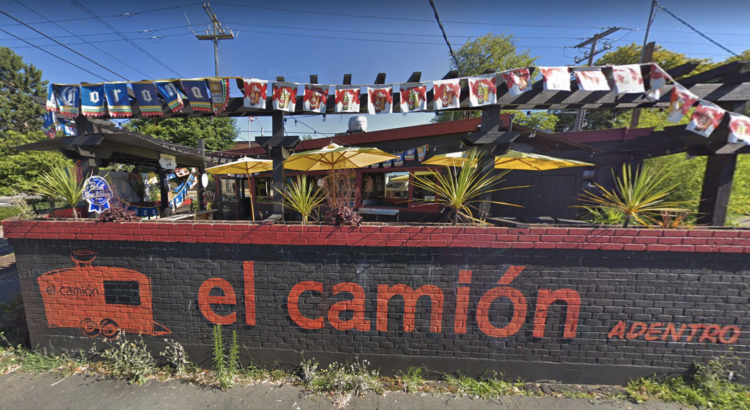 El Camion’s restaurant on the corner of 15th and 65th has officially closed their doors to make way for an apartment building.

A sign went up on their door announcing the closure:

El Camion opened their brick-and-mortar location in 2013. The lot sold in 2016, and plans are now in the works to build 5-story, 60-unit apartment building.

Anyone know what happened to the ‘57 Chevy?

The previous owner of the property still has it.

So sad. That place means a lot to the neighborhood.

Definitely sad to see them close, but I’m glad I can still get my El Camion fix at Hale’s.

Bye bye mediocre “Mexican food” and hello to more congestion. We used to think their food was really good, until we ate at other food trucks and did some real home cooking. I get why kids might like it and don’t want to toss them too far under the bus, but what they put out just isn’t that great at all. My Mexican friend won’t eat there either.

We’re about to get about 50,000 more taco experts courtesy of the President here shortly.

Old time Ballard guy here who has San Francisco roots. 15th NW, Aurora N, Greenwood N.–all great places for apartment buildings. No reason in the world why a Mexican restaurant couldn’t end up on the ground floor, while above are apartments for people who need a place to live. Single family neighborhoods will have less pressure to accept greater density if streets like 15th, Aurora, Greenwood are developed. SF is not the way we want to go. In 20 years, they’ve built a grand total of 40,000 new units. one bedroom apartment costs upwards of $4000.