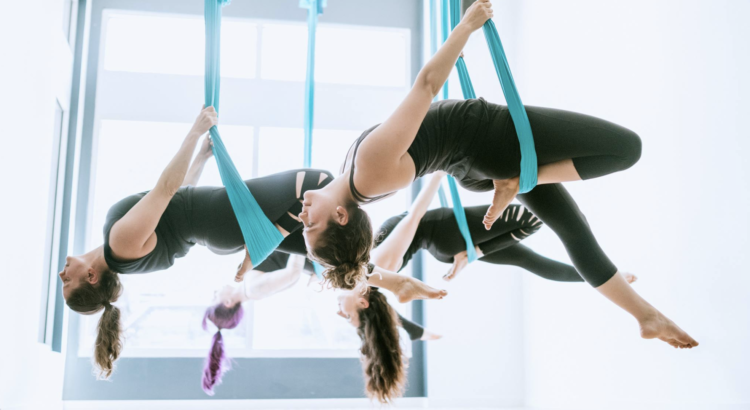 The owners of an aerial yoga studio in the Central District, Flight Room, have announced that they’ll be opening a second location in Ballard.

Loyal Heights resident and Flight Room owner Jen Tullis Russell shared the news in the My Ballard Group, saying Flight Room will be opening up July 1 near Habitude and Portage Bay Cafe on Market St.

Jen says they’ll be offering some free classes once they open to let people try it out. If you’ve never heard of aerial yoga before, it’s similar to regular yoga but with a prop: many of the poses are achieved with the help of a hammock, suspended from the ceiling.

The classes they offer at their Central District location range from beginner flight classes to the de-stressing Urban Zen Flight, Yin Flight, and Yoga Nidra Flight. For the energetic, Power Flight and Play Flight are faster-paced and more challenging.

To stay updated on their offerings once they open, you may want to sign up for their email list here.

This is a thing huh, who knew?

Keep your judgments to yourself

OK sorry to have offended you, forgive my ignorance of not knowing that this is a thing.

It’s actually really fun and a great conditioning exercise. I think it’s a fad but I never expecting spinning classes to last this long either.

It’s not stripping if you put the word yoga in there somewhere.

You mean I can just go there to watch?
Totally cool😎