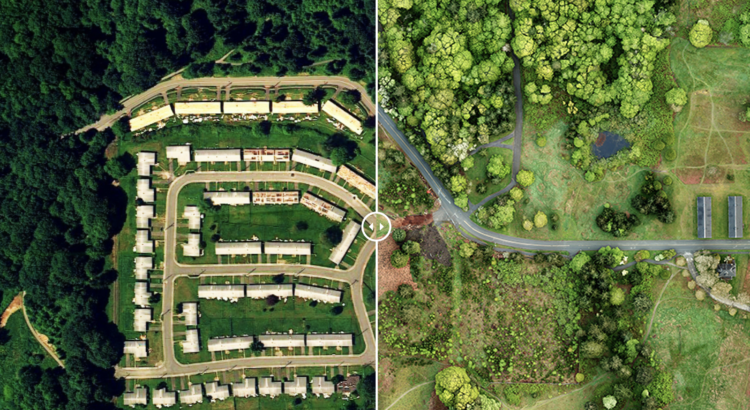 Discovery Park’s 27 acres of newly restored forest and new trails are being unveiled this weekend.

Seattle Parks and Recreation will host a celebration to recognize the efforts of many years of work to restore the Capehart military housing site in the park. The celebration will be on May 11 at 11am at the northeast corner of the park, just off the new crosswalk across from Discovery Park Blvd.

A little history: Capehart was developed in 1958 to house Navy families and was maintained by the military when Discovery Park was established in 1974. The site was used for housing up until in 2007, when the City of Seattle purchased the Capehart parcel for $11.1 million.

In a huge effort, the city used funding from the Parks and Green Spaces Levy to bulldoze all the buildings, remove foundations and the road network, and fully regrade the property. Seattle Parks then converted the area to a meadow.

Reforestation efforts ensued, and public access was restricted for several years. In 2017, Friends of Discovery Park proposed new trails through Capehart to mitigate “social trails”, and with a $100,000 Neighborhood Matching Fund, installed two permanent trails and a crosswalk at Discovery Park Blvd.

Work on the trails began in the fall of 2018, and the last of the fencing was removed earlier this year to open them up to the public.

“This is an opportunity to celebrate the partners involved in this project and all the volunteers who have invested over 6,000 hours of volunteer time and have planted tens of thousands of plants, including native ground-cover, shrubs and trees throughout the site,” Seattle Parks announced in a statement about the event.

“The community is invited to come walk the new trails, mingle in the new forest and help us cut the ribbon.”

Photo: Aerial photo depicting the stark difference between Capehart in 2010 on the left, and the restored site in 2018, on the right. Courtesy Friends of Discovery Park