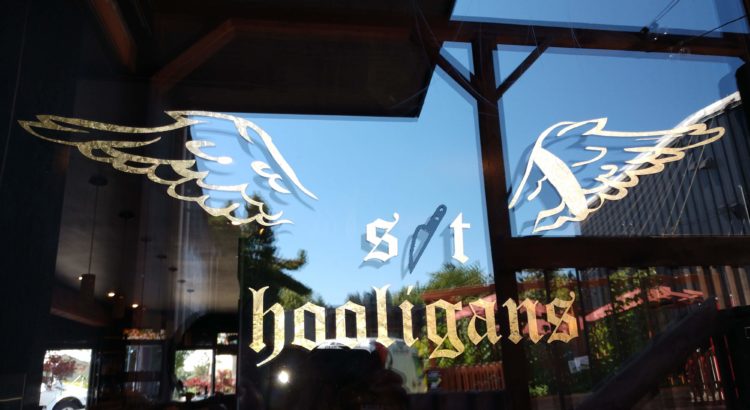 The Creole-style gastropub S/T Hooligans has softly opened their doors in Frelard.

Taking over the former Leary Traveler location, Hooligans owner Rodel Borromeo has been busy renovating the bar and kitchen for the last several months in preparation for the opening.

Borromeo, who helped open several Matador restaurants, the Social Bar and Grill in Tacoma, and Woodblock in Redmond, said this is his first solo venture. He chose the name Hooligans because he said it reflects “having a different, hooligan mentality” about the restaurant industry.

The gastropub opened their doors for the first time yesterday. “It was good practice with the regulars of Bad Jimmy’s Brewery,” Borromeo tells My Ballard. Some of their opening menu items will include Jalapano-Date Hush Puppies, Shinsei Oysters with Horseradish Crème and Cucumber Mignonette (pictured above), and Coconut Tiramisu.

Their hours will be 4pm to 11pm Tuesday to Thursday, and 4pm to midnight on Friday and Saturday. They’ll be closed on Mondays to start off, but will aim to eventually be open seven days a week. Limited lunch and brunch will also be in the works once they’ve been open for awhile.

Welcome to the neighborhood.

Welcome back! It’s clear your extended absence was not due to getting mental help.

I loved the Leary Traveller. They have some big shoes to fill.

Awesome! Can’t wait to try it out!

I love Creole food, I can’t wait to check this place out.