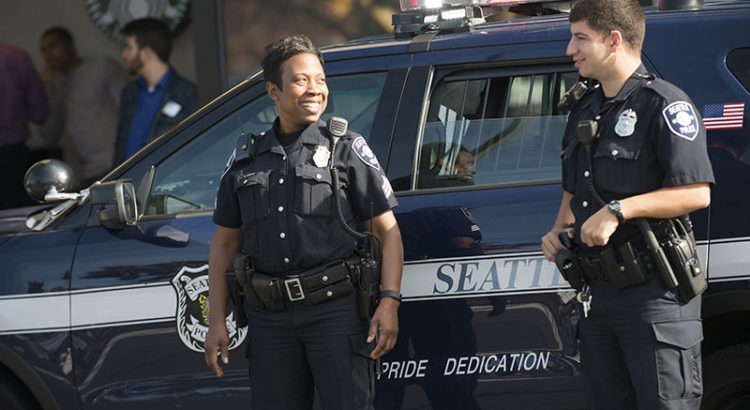 The emphasis patrols that Seattle Police started in early May will continue through June, with additional emphasis to begin at Golden Gardens for the summer months.

The emphasis patrols were spanned out over seven neighborhoods — Ballard; downtown, near the Third Avenue corridor around Pike and Pine; SoDo; South Park; Georgetown; Pioneer Square; and Fremont.

The summer police patrols at Golden Gardens is now a yearly occurrence — police will also step up their presence at Alki and Capitol Hill for the summer months.

SPD reports that during the first three weeks of the increased neighborhood patrols, initial data showed a decrease in calls for services while proactive community policing increased substantially.

“We will continue to address criminal behavior in these target neighborhoods and monitor needs in other areas. Regular operations and criminal investigations will continue throughout the city,” Chief of Police Carmen Best said during a walk-through of Capitol Hill yesterday. “We hope that added police resources, partnered with enhanced services from other City departments, will make a positive impact for our businesses and residents.”

In addition to the patrols, over the past month, several City departments — including SPD, Seattle Public Utilities, Seattle City Light, SDOT, Department of Neighborhoods, the Department of Parks & Recreation, the Office of Economic Development, and the Human Services Department — have formed multi-disciplinary teams that have been working with each neighborhood to identify and address maintenance needs. Specifically, tree and landscape maintenance on City-owned properties; replacing streetlights; removing graffiti; improving sign and pavement markings; and removing debris from illegal dumping.

23 thoughts to “SPD emphasis patrols to continue through June”