Crow knocks out power for parts of Green Lake, Phinney – My Ballard Skip to main content 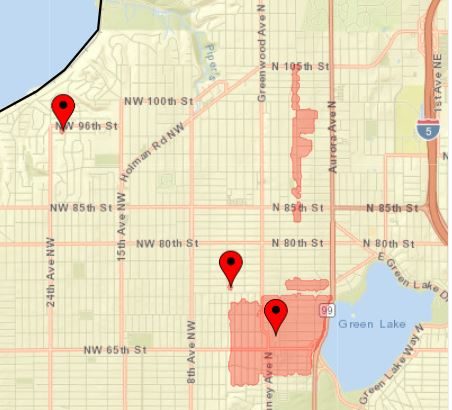 If you’re living near Phinney or Green Lake and had a power outage this morning, it was likely due to a crow hitting some power lines.

The Seattle Times reported that nearly 3,000 Seattle City Light customers had an outage from 6:30am to about 8am, caused by what they believe was a crow touching two wires with its wingspan and causing a surge.

The outage map showed that the affected area was west of Green Lake between N 60th St to N 74th St, along Evanston Ave N from N 83rd to N 105th.

Julie Moore from City Light told the Times that if a bird touches two wires at the same time, it runs through the body of the bird and creates a shorter path for the electricity to travel. That results in a surge of energy that can blow a fuse or trip a circuit breaker.

3 thoughts to “Crow knocks out power for parts of Green Lake, Phinney”