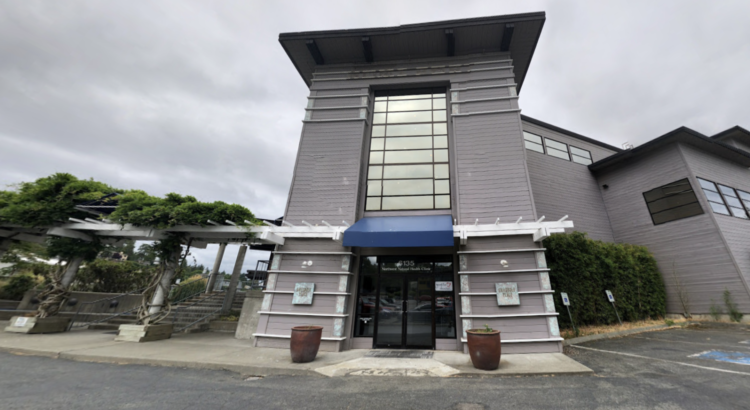 A number of weddings have been cancelled unexpectedly by The Landing at Shilshole Bay following an order to stop work on incomplete renovations at the waterfront wedding venue.

My Ballard first learned about the situation when a local bride, Briana, shared the news that venue, located at 6135 Seaview Ave N, was cancelling weddings last-minute.

The complaints appeared in the Facebook group Seattle Wedding & Event Network, with members asking for help finding new venues for their receptions — one having learned on the day of their wedding that they needed a new venue.

“I have a wedding booked there in August and have yet to get in touch with the owners,.” Briana tells My Ballard. “And they still owe everyone who had their events planned refunds on deposits.”

Another bride said she booked her wedding at the venue a year ago, and was notified of the cancellation just two weeks prior to her wedding date.

The Landing was undergoing renovations on their Agate room, but according to the Seattle Department of Construction and Inspections (SDCI), they hadn’t obtained construction permits.

City records show that the issue has been ongoing since January, when the SDCI discovered that renovations were taking place without permits.

An SDCI inspector investigated the renovations on May 31, and posted a Stop Work Order until the required permits and inspections are obtained.

The Landing has now changed their business listing as “permanently closed” online, and are reportedly working on refunding deposits to couples, some of which had already paid in full.

The Landing has another venue at Tyee on Lake Union — the Shilshole space was their second location.

My Ballard reached out to The Landing owner Peter Olsen, who has not yet responded.

“The issue has been ongoing since January” …
“An inspector investigated the renovations on May 31,”
Seems like a timely inspection would have spared disappointed customers much grief.
Does SDCI explain the delay?

SDCI? How are they culpable? The contractor needs to get legal permits to do work like this. Where did Peter Olsen learn his business practices? Trump University?

Hello! I’m so sorry to hear about these poor couples being left in the lurch. I’ve been working on the launch of a stunning waterfront venue myself. If there is anyone I can help out, I would do my best to help them recover their plans without too much additional expense. I can only imagine how stressful this must be.