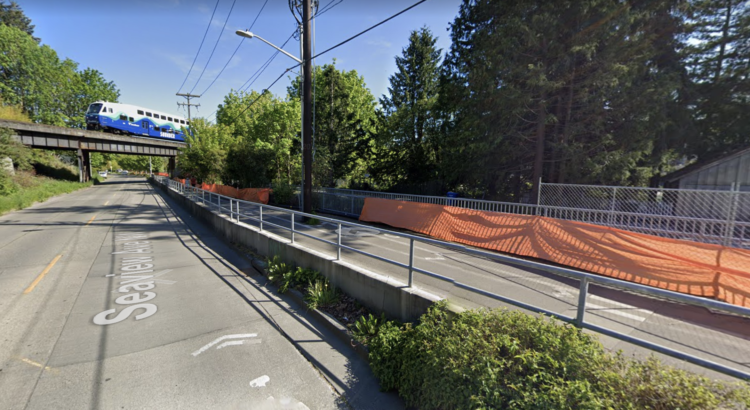 A section of the Burke-Gilman Trail west of the Ballard Locks will be detoured for three months while crews work to replace the sewer line that passes underneath Shilshole Bay.

The detour will be near 5500 Seaview Ave NW, starting as early as next week. Seattle Public Utilities says the trail will be diverted for about 100-150 feet; two-way vehicle traffic will be maintained, but lanes will be narrowed to accommodate the trail detour.

The sewer line construction is part of SPU’s Pump Station 43 Emergency Force Main Replacement project to replace a damaged pipeline under Shilshole Bay. When they discovered the damaged line in 2017, SPU bypassed the pipe, which was significantly cracked and corroded. Rather than patch up the holes, a full replacement was necessary.

The trail detour is expected to start on Monday, July 22nd.

It says something about our community that cyclist are so looked down upon that they replace our bike trails with sewers. Seems as though they have opposite environmental impacts.

The multi-use trail is staying for all to enjoy (walkers, strollers, joggers, skaters and cyclists).