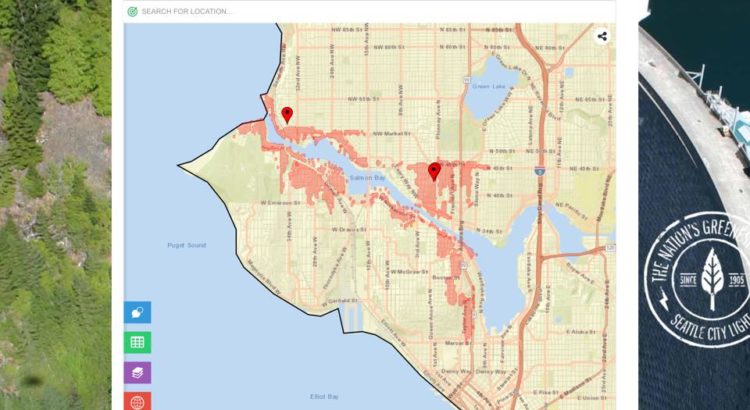 Over 10,000 homes lost power last night when a power pole broke in Interbay.

The top of a power pole on the 1400 block of Nickerson broke off at about 1am this morning, cutting power to 10,207 Seattle City Light customers in parts of Ballard, Interbay, Magnolia, Wallingford, Fremont, and Queen Anne.

Julie Moore from Seattle City Light says the top tier of wires of a double-gang pole fell into the bottom tier of wires, which caused a small fire.

The fire was extinguished without issue by Seattle Fire, and City Light began restoring service to customers by 2:40am.

Power has been restored to all but 180 customers as of 9am, according to the Seattle City Light outage map.

Thanks Lauri, for posting about the outage in the My Ballard Group!