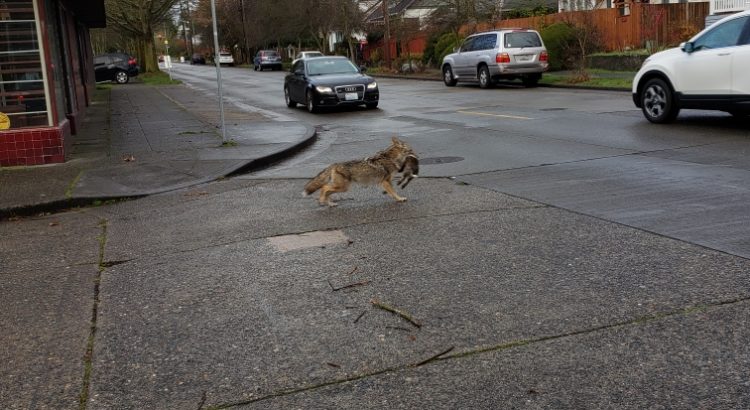 There are an abundance of urban carnivores in Seattle, and the zoo is asking for help tracking them.

The Woodland Park Zoo and Seattle University have partnered up to create the Seattle Urban Carnivore Project, which explores how carnivores live and interact with people across populated areas in the Seattle region.

The project team has developed a Carnivore Spotter website, which allows users to report sightings of raccoons, coyotes, otters, cougars, bears, opossums, and foxes. The website also allows sightings to include audio, video and photography of encounters.

So far in August, about a half dozen coyotes have been reported in Ballard and near the Carkeek Park area.

Data from individual sightings will help scientists learn how carnivores are distributed throughout the city, where different species overlap with one another, and how developed of an area animals are comfortable in, Woodland Park Zoo conservation scientist Robert Long told the Seattle Times.

To learn more about the project and its goals, click here.

File photo of coyote in Ballard

Nice puppy ! Now don’t eat the kitties you will get in trouble ! I know they taste good like rabbit but stop eating the cats your a bad doggy !

So funny I forgot to laugh. I wonder, do coyotes taste like chicken? There are plenty of feral vermin walking around the streets of Ballard, except most don’t eat cats.

Coyotes have to eat too !