Lack of police capacity, car prowls, and homelessness among top safety concerns in Ballard – My Ballard Skip to main content 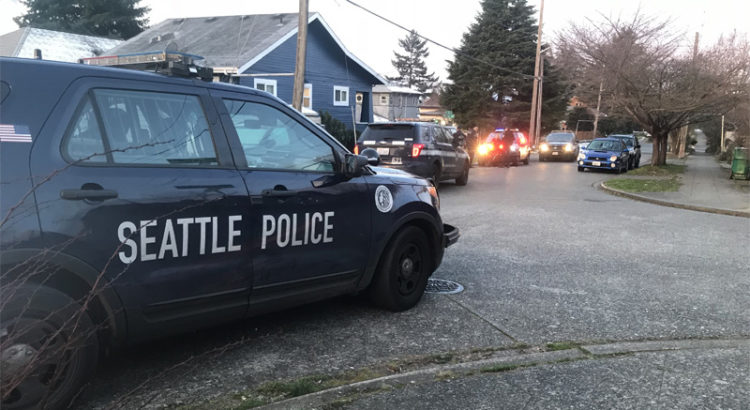 Results are in from Seattle University‘s annual public safety survey, and theft, lack of police presence, and homeless encampments emerged as the top concerns from Ballard.

The university just released the survey results on Tuesday, in which 6,544 residents across the city participated last fall.

The results were fairly consistent across the city, with car prowls topping out as a concern among respondents as a whole.

Jacqueline Helfgott, one of the researchers from Seattle University, told Q13 that this is the first time in the survey’s history that homelessness is a top citywide public safety concern. Homelessness was also the top theme in the survey respondent’s narrative comments.

Seattle University’s Department of Criminal Justice has been conducting the survey since 2015, information from which directly supports Seattle Police’s micro-community policing plans (MCPP).

To read the survey results in full, click here.

Well DUH. Next we’ll all have to take a survey to conclude “ice is cold” too. Being spoon fed BS and then allowing Ballard to go to crap still seems to be fine and allowable to many though today. We don’t need more stinkin surveys, we need better leaders leading. Time for gender politics to also take a back seat. Meanwhile, welcome to Durkanville, please pay the fees while here. “if it walks + quacks, like a duck”…………………………..BINGO.

i can’t tell if you are serious. Are you trolling with this poorly constructed post?

Anyone that things there is a crime or homeless problem in Ballard is an idiot.

anyone that says “things” instead of “thinks” is a dullard…

this is not an English class, nor a place for you to do what you do best. whine

You’ve actually had some grammatically correct posts with actual substance the past week and then all of a sudden, you’ve regressed back to your substance-less drivel where the only thing anyone can glean is that (1) you hate everything and everyone and (2) you are not mentally stable.

Did you by chance seek out help for a brief moment?

Blame the courts not the police !

The police arrest them and the courts just turn them loose the next day ! The police don’t like it either !

This morning at 6:30 AM, I decided to go get coffee and a breakfast sandwich at Bauhaus. I decided to avoid the Market Street hub-bub and took a route I’d never taken, through Ballard Commons Park. Wow. Wow wow wow. It was really sad to see so many completely out of it people living on blankets or in tents in this city. There was a pink string tied across the street from stop sign to shopping cart that I had to drive through. There was trash everywhere. People were yelling so loudly every apartment around must have been able to hear it. People in dire need of mental health and addiction services were not getting them. Is this normal? Is this ethical? Is this sustainable?

A lifetime ago, my yard in LA was part of the “disaster scene” in the movie “Volcano.” They set up a fake MASH unit of a sort, with wounded laying around and people staggering…my mind went immediately back to that vision. It really is a disaster for these people and this park and the people who live nearby. I feel for everyone involved. Sorry, just had to get this off my chest.

Yep, I live a block away, it’s always that way. IMHO St Luke’s are in a bit over their head. If they’re going to be providing the soup kitchen then they need to be providing mental health and housing assistance rather than booting people out after they’ve had their meal.

Agree that St Luke’s has a been a bit overwhelmed but awesome that they’re providing food. Also that’s more than I can say for the new owners of Trinity Church up on 65th and 23rd; they discontinued their Saturday Soup program and kicked out the Boy Scouts. Nice way to announce your arrival to the neighborhood.

Where’s Truth to refute this?

I agree 100% that we need mental health and drug addiction services. Problem is that the people that scream the loudest, while lying about how bad the situation actually is (for what reasons, I’ll never know…sociopathic tendencies?) also are extremely opposed to spending a cent on proven solutions.

Can’t corroborate his observation, but I didn’t go by until 9 AM.

And then there’s this. Congrats to this couple for stepping up where the city won’t. https://www.king5.com/article/news/crime/portland-couple-sues-city-of-seattle-over-2016-baseball-bat-attack-that-left-them-with-serious-injuries/283-50320882-eae7-4d71-af31-e75aca88cb3f

Well if the police bust the bad guys the courts just turn them loose in a day or two so why even try to do there jobs in a CITY that won’t keep bad guys locked up !