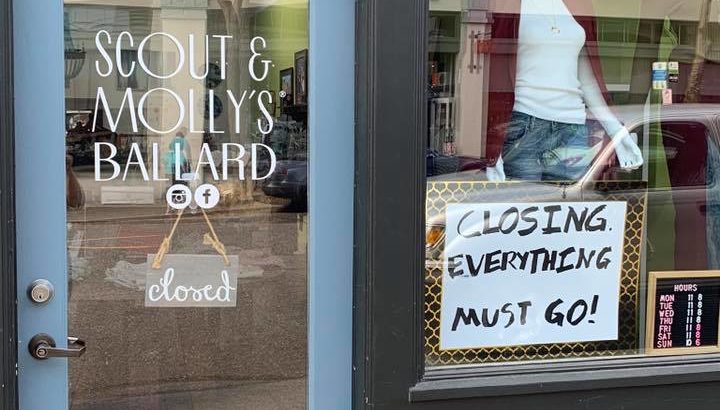 A boutique clothing store on Ballard Ave, Scout & Molly’s, will soon be closing its doors.

Scout & Molly’s, which also has an Issaquah location, opened in February 2018 at 5317 Ballard Ave NW.

They announced their closing on Facebook, with a big close-out sale until they officially shut their doors on Sept. 15.

The location, between Other Coast and re-souL, has had a varied past — before it was a clothing store, it was once the location for pop-up bakery Krista’s Baking Co.*, and before that, it was home to a clothing shop called Ketch.

No word yet on what will take its place, but we’ll update when we learn more.

*The original version of this story incorrectly stated that the location was once home to Krista’s Baking Co.