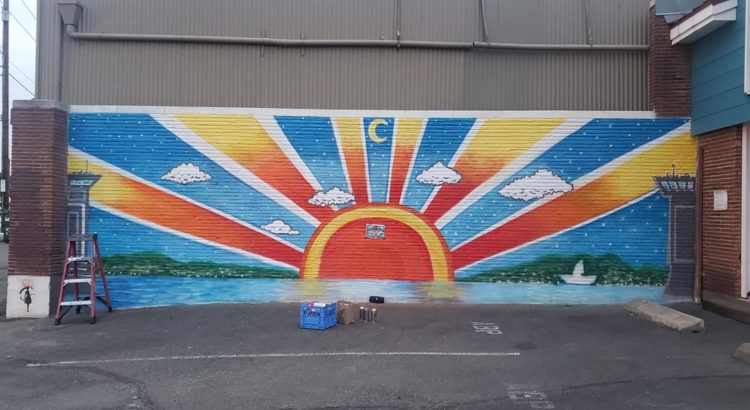 The mural on Shilshole Ave NW is nearly complete.

Artist Rick Klu has been working on the mural on the corner of Shilshole and 17th Ave NW since late August, making steady progress on repainting and improving the original, which was badly tagged and fading.

“Instead of trying to duplicate it, under those conditions, it was best to restore the wall by pressure washing it, stripping it, sealing it, and doing an entirely new mural,” Klu tells My Ballard.

He says he should be able to add the final element — the Ballard Bridge in mid-span — when there’s a break in the rain, possibly on Wednesday.

Klu is also working on a mural in the new Vera’s — more to come on that.