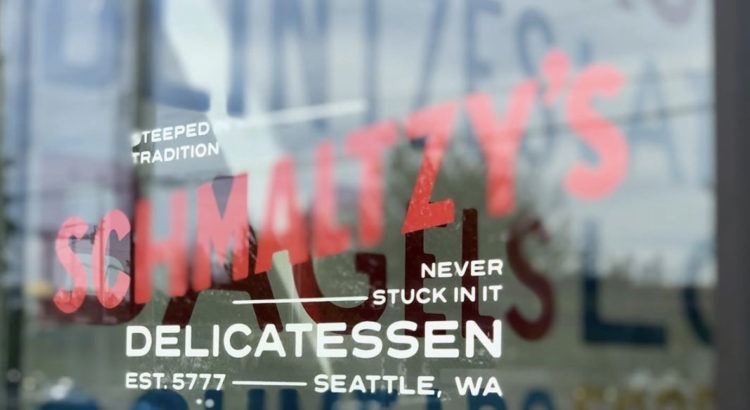 A new Jewish deli is soon to open in Frelard, at 928 NW Leary Way.

Jonathan Silverberg, who also owns Napkin Friends food truck, is at the helm of Schmaltzy’s Delicatessen, which according to their motto, is “steeped in tradition, but not stuck in it”.

Equipment is officially in the space! 🙌😁One step closer to opening! Soon(ish) these sexy cases will be filled with deliciousness. We can’t wait to serve you!! #jewfood #jewishdeli #constructionisabitch #stayschmaltzy #ohsoballard

You can expect all the makings of a Jewish deli — slices of homemade pastrami, and corned beef for example — and it will also serve as the prep space for Napkin Friends latke press sandwiches.

They’ll have grab-n-go options, and a few tables for dining in. The deli will open early (hours TBD) and will serve espresso and homemade bagels, schmears, and lox for the breakfast crowd, and their signature sandwiches for lunch.

The deli will be opening in the new development just across from Jack in the Box on Leary.

They’re currently hiring for front- and back-of-house staff, and Silverberg tells My Ballard that they’re aiming for an early November opening.

Sweet! Napkin Friends is the best!

What’s your favorite menu item? Please fill me in. Thanks.

The O.G. latke press sandwich is all day amazing!

Their latke BLT with Avocado is incedible.

Haven’t heard of this truck. While I cook a lot at home, I also always look for and cherish good food done by good people. Can’t wait to give them a shot. Has anybody here visited Big John’s PFI on 6th south?

Hm, wonder who they replaced.