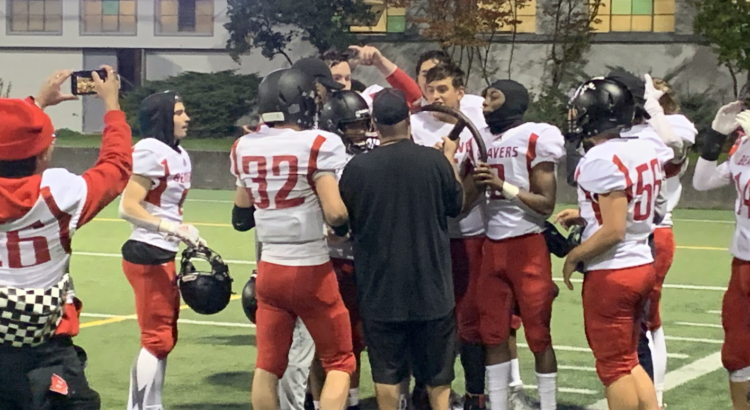 Update: Ballard not only won the game, but beat Ingraham in convincing fashion, 54-3. The unbeaten Beavers now qualify for the Class 3A state preliminary round. Here are some highlights:

Earlier: For a second time this season, Ballard and Ingraham High Schools will be going head-to-head in a big football game — this time for the playoffs.

Ballard and Ingraham played one another a couple weeks ago — both teams were undefeated at the time. Ballard High won that round (meaning they’re 8 and 0), and now they’re facing one another again.

The game will be tonight at Memorial Stadium (401 5th Ave N) at 5pm. You can also watch live here.