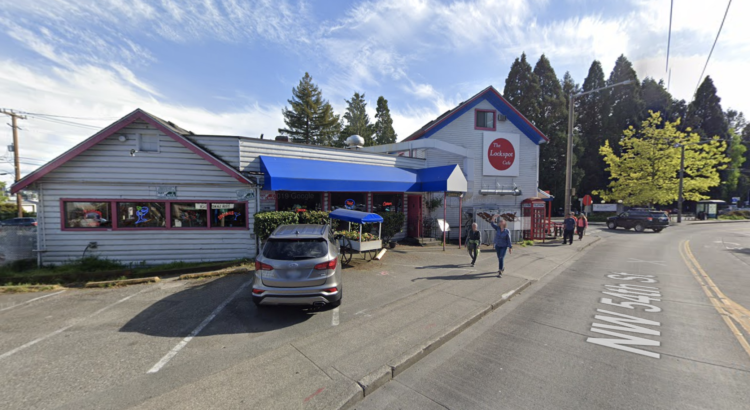 The Lockspot Cafe gave their regulars quite a scare last week, when they announced they were moving.

“Stay tuned for details about our new location. Same great food. Same awesome people! Have some fish and chips, a beer and watch us pack,” owner Pam Hanson wrote on the Lockspot’s Facebook page.

The announcement was a well-timed Halloween hoax, as the Lockspot isn’t actually moving at all, but they will have a new address: the city has changed Lockspot’s street name from NW 54th St to NW Locks Place.

In a blog post earlier this summer, the City explained that the street name is changing to make things easier for emergency services.

Prior to the change, there were two intersections with the same street name: NW 54th St and NW Market St, just a mile and a half apart. Duplicate intersection or street names understandably create confusion for emergency service dispatchers and delay response time, so they’ve opted to change a small section of NW 54th St into NW Locks Place (see map below).

“We worked with Seattle Police Department and Seattle Fire Department to solve this problem in a way which will cause the least impact to the community while providing a unique intersection name needed by emergency responders,” Ethan Bergerson from SDOT tells My Ballard.

The change goes into effect today — Lockspot Cafe is the only address that will change as a result of the new street name.

“I wanted to have a little Halloween fun,” Hanson told My Ballard, recognizing that the trick worked a little too well. The response on Facebook was dire — many expressed devastation that the cafe would be moving.

But luckily for customers, Lockspot isn’t going anywhere. And for the record, their new address is 3005 NW Locks Place — a more fitting name for the landmark cafe nestled next to the Ballard Locks.

always liked their breakfasts, until… they stopped serving hashbrowns.

Always enjoy swinging by the Lockspot for a bite and a beer. Good people and good food. Glad they are not going anywhere.