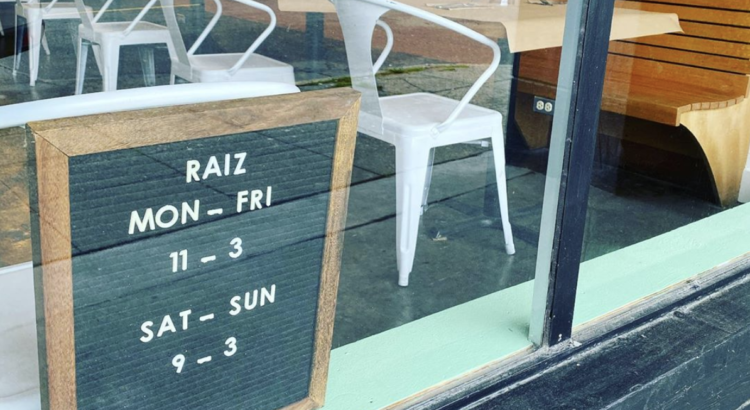 It’s rainy, @seahawks aren’t playing, so we’re staying inside. Come on over and join us for our first run at Brunch! #biscuitsandchorizogravy Now-3pmish #raízseattle

Raiz, Spanish for “root”, is the creation of Ricardo Valdes and friend Kenny Villegas, known for El Xolo, a taco stand inside Nacho Borracho. Valdes told Seattle Eater that the cafe will be cozy, with breakfast items such as chilaquiles, requeson cheese pancakes with guava butter, and some sandwiches and toast. They’ll feature mostly ingredients sourced in the Pacific Northwest, with the veggies, fish, and meat coming from local producers where possible.

Their hours will be Monday to Friday, 11am to 3pm, and 9am to 3pm on weekends.