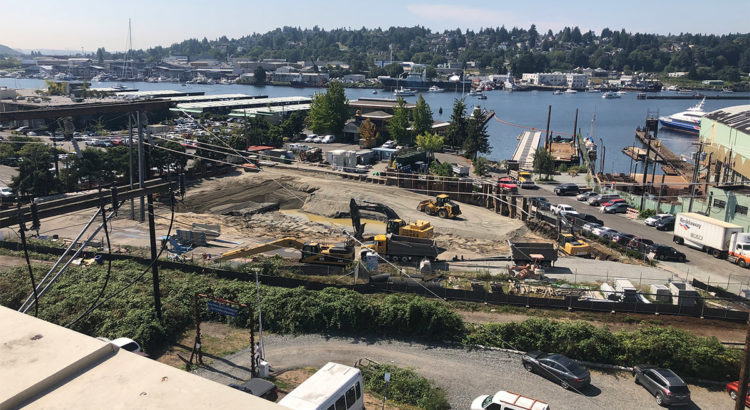 The street end of 24th Ave NW will eventually become a designated public space, and Seattle Public Utilities is asking for feedback via a survey on what it should look like.

The Ship Canal Water Quality Project, aimed at reducing sewer overflow into the Ship Canal, is expected to take around five years to complete. It’s headed up by Seattle Public Utilities and the King County Wastewater Treatment Division, and much of the work is taking place on or near the Ballard property at 24th Ave NW and NW Shilshole Ave.

For the next few years, much of 24th near the Ship Canal will be a construction site, but will eventually become the site of the Ballard Pump Station. When it’s finished, SPU wants to design the street end to become a public place. To that end, they’ve made an online survey so residents can weigh in on the four design concepts they’ve come up with.

Here are the four concepts:

The water quality project will create a 2.7-mile underground storage tunnel from Ballard to Wallingford in order to reduce the amount of polluted stormwater and sewage that overflows into the Lake Washington Ship Canal, Salmon Bay, and Lake Union during heavy rains. To learn more, visit the project website.

The survey will be open until Jan. 10.