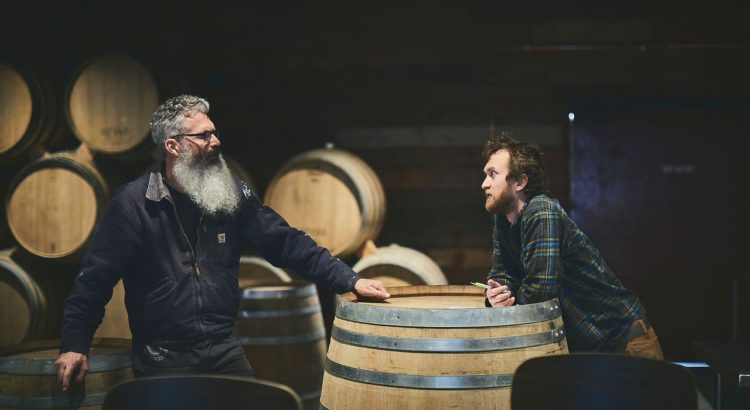 Fair Isle has been in the works since mid-2018 — founders Andrew Pogue and Geoffrey Barker began brewing together when they met through the North Seattle Home Brew Club. They hatched an idea to build a brewery together, with the goal to create farmhouse and “wild” beers, specializing in mixed-culture brews.

“Without the combined effort of these wonder people and many more, we’d still just be talking about starting a brewery,” Fair Isle announced on their social media channels.

They’ll be opening with seven draft beers, which they say are saisons, “created with ingredients farmed and foraged in the Pacific Northwest and fermented with our house blend of wild and feral yeasts and bacterias.” The tasting room will also serve a few guest beers, cider, and wine.

The place looks nice! I am looking forward to trying the beers.

It’s a great space and the beers are excellent.

Looking forward to our first visit! 21+ is very much a plus!

So is NO DOGS ALLOWED.

Dogs are allowed in the beer garden, I’ll take it!

Only if they are over 21 in dog years?

Ugh another place for hipsters to flock too…. are we Portoland now?

Hmmmm, all this during such GREAT economic times. Thank you president Trump.

Best of luck to them. Love Ballard’s burgeoning brewery district.

Went yesterday. Cool spot, and it was packed the whole day! Always encouraging to see new business booming. Beers are great if you don’t mind the line!