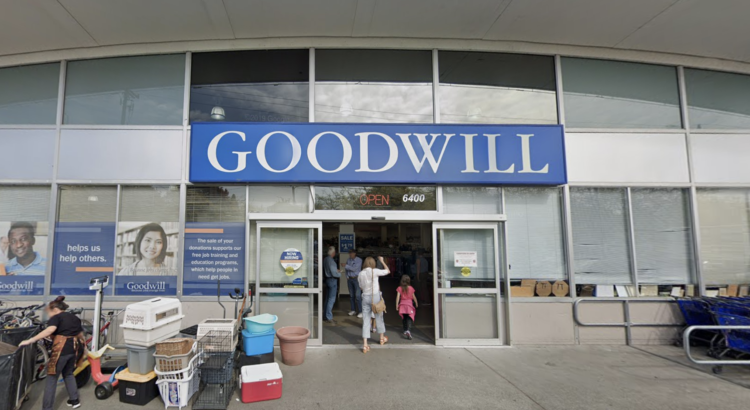 Several Goodwill stores in the region will be reopening this week, including the Ballard location.

Seattle Goodwill posted the news on social media, announcing that this Friday, June 26, the Ballard, Edmonds, Renton, and South Everett stores will reopen at 10am.

While the stores will be open, donations won’t be accepted until July 3. Each store will be operating with contact-less donation drop-offs, and items will be sanitized and quarantined before selling.

The company says they’re opening up several stores every week in the coming weeks, with announcements coming on Mondays.

Hours will be limited for now; the Ballard store will be open 10am to 5pm daily until further notice.

But, but, but people will die. I’m now more scared than ever.

Anyone who supported (or participated in) the recent protests, just know that Goodwill incarcerates more people in our area than any other store.

The graph in the middle is eye opening.

“Counter to Goodwill’s mission to help low-income people find opportunity, an analysis of Seattle theft data also shows that Goodwill’s choice to pursue charges against people shoplifting for survival cycles many homeless people back into the criminal justice system”

There are options for getting free clothing. To suggest a store is bad because they don’t let people steal from them is taking liberalism into insanity.