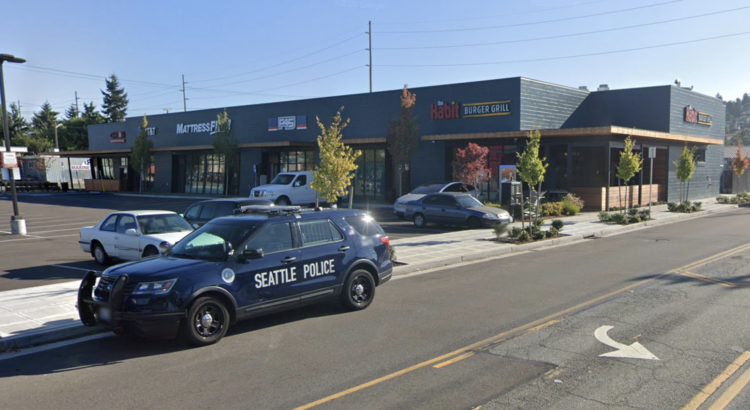 A group of businesses and district councils around the city are asking Seattle councilmembers to reconsider their police defunding plan.

A majority of Seattle city councilmembers last week proposed a 50 percent cut in SPD’s budget, a figure that Mayor Jenny Durkan said is too high. She’s instead proposing a $76 million cut, which amounts to 18 percent of the current budget. Civilian departments, including the 911 call center, emergency operations, police accountability, and parking enforcement would receive an additional $56 million with the budget changes.

The Ballard Alliance and Ballard District Council have joined the Seattle Business Improvement Areas alliance in drafting a letter that requests a more community-led approach to defunding the Seattle Police, rather than a budget-focused plan.

“A responsible public safety plan includes an honest community engagement process and a detailed proposal to create or enhance supplemental services that can take the place of critical duties currently performed by the Seattle Police Department,” the letter (in full below) reads.

The group says they will be holding a series of conversations in neighborhoods around the city to hear from community members about their priorities and concerns around public safety.

Here is the letter sent to city councilmembers:

We write to you today as a group of organizations that represent …. to express our concern over the haste and speed with which you are moving to dismantle core functions of city government. We recognize and share the sense of urgency to respond to impassioned calls for change at the local and national level, however we worry that you are moving forward without meaningful outreach or community discussions about what public safety outcomes you hope to achieve, or what plans you would put in place to ensure community safety.

We represent stakeholders from neighborhoods across the city who have spent years trying to articulate and find solutions for the chronic public safety and social issues that for too long have been escalating. Regular assaults, retail theft, property damage and open drug markets cause serious harm in our communities–and it’s also no secret that much of this activity disproportionately impacts those with the least power and voice in society. Our lived experiences aside, this harm has been evidenced by rising reports of crimes against people, in addition to the many well-publicized high-profile shootings and horrible acts of violence in broad daylight across the city.

With the calls to defund the Seattle Police Department, we have heard important messages from a greater diversity of communities in our city that have also not felt safe for years. This is unacceptable and can no longer be tolerated. Systemic racism coupled with a broken criminal justice system and an inadequate social safety net has done decades of immeasurable harm and has created a city in which too many people don’t feel safe. We agree – it’s time to move forward to plan and implement meaningful and effective change with these historical and present inequities firmly in mind.

We must fight together now for a truly safe community, in which all people (regardless of race, gender, sexual orientation or income level) can safely live, work, visit and pursue their lives. However, any serious process to achieve these goals has to be more than a budgeting exercise. The calls to reduce the Seattle Police budget by 50% are powerful political statements, but we expect our local leaders, whose primary duty is to ensure the safety of citizens, to enter into any planning for the elimination or reduction of public safety programs with deliberation and inclusion. Failure to do so could easily result in unintended consequences that could have grave outcomes, and work to undermine the important goals we all say we share.

It was only last month when we saw the danger and tragedy that resulted from the oversimplification of the public safety policy options on Capitol Hill. Because there was no room for thoughtful discussion, our city vacillated between responses that ranged from police using tear gas to the condoning of private militias. Rash decisions were made, people were put in harm’s way and lives were lost. Even though this was a spontaneous series of events, the challenges that arose were largely predictable. A city as great as Seattle can’t afford to govern this way.

A responsible public safety plan includes an honest community engagement process and a detailed proposal to create or enhance supplemental services that can take the place of critical duties currently performed by the Seattle Police Department. To date, the majority of you have only spoken in abstract budget declarations, breeding confusion and leaving room for a wide range of interpretations. This is a moment in time where we need our leaders to be clear in their intentions and processes to provide our most basic city services. We want to hear details on how the Council would design alternatives to the existing system, or how these new systems would be implemented in our communities.

In the weeks ahead, we will be holding a series of conversations throughout Seattle’s neighborhoods to hear from community members about their priorities and concerns regarding public safety. We invite you to participate in these conversations to hear from our communities and to share more information on your plans to reform how the city ensures community safety for all.

We look forward to working with you and others across the city to ensure that this vision becomes a reality and that the associated city investments are linked to tangible health and safety outcomes for all, with a robust commitment to tracking and metrics. We must ensure that our values are represented and reflected in the systems we create, not just the systems we dismantle.