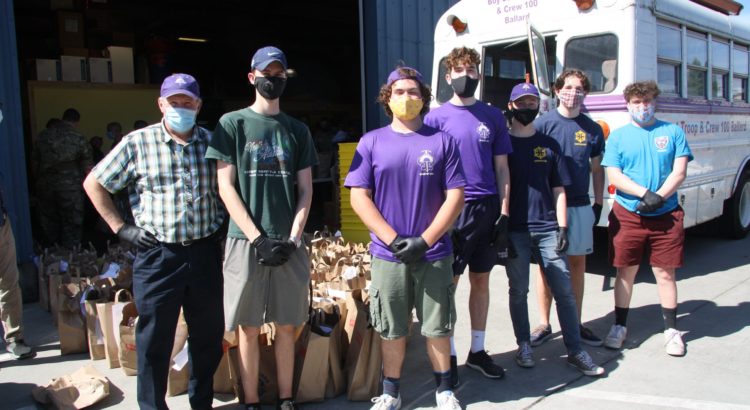 A group of scouts have collected thousands of pounds of food for the Ballard Food Bank.

Organized by boy scout Casey Rogers, the Eagle Scout Project for Troop 100 in Ballard conducted a contactless food drive for the food bank, picking up 4,000 pounds of food in just a few days.

For the food drive, the scouts dropped off paper bags at participating homes late last week and returned on Monday to pick up donations. My Ballard Group member Craig shared the news, saying it took two full bus loads and two cars to bring it all to the food bank.