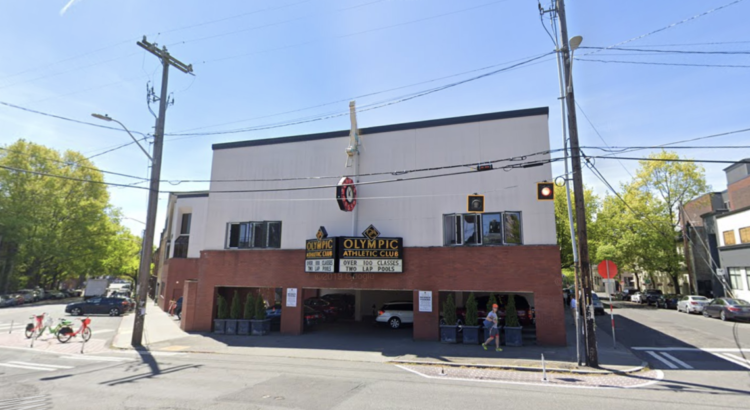 After 42 years, Olympic Athletic Club owners James and Debera Riggle have been bought out by a silent partner.

James Riggle tells My Ballard that the sale was not by choice; their minority partner John Lowrance approached the Riggles with a buy/sell proposal in early June, and James says he and his wife were unable to come up with enough money to keep the club.

“We were forced out,” Riggle tells My Ballard. “It’s sad that someone can take us out after 42 years. I designed every square foot of that building.”

Lowrance became a minority partner in 2011, Riggle says, when the OAC added the Hotel Ballard development. He’s remained a silent partner until recently.

“If it hadn’t been for COVID, I could have come up with the money,” Riggle says, adding that the sudden change has hit his family hard.

“I love Ballard, it’s a great place. I’m glad to have done something that will remain an icon in the neighborhood, even if I’m not part of it anymore.”

The OAC remains closed, as it has been since March 15. My Ballard has reached out to the new owner, John Lowrance, for comment. We will update with any new information.

Turn it into an apartment!

The “legacy” he bequeathed Ballard was that faux-Tuscan, tacky-ass Hotel Ballard on the historic stretch of Ballard Avenue, where it stands out like a wart. Karma, at last, for foisting that on us. Bye-bye, Jimmy!

it’s where you were destined

The real + true “foisting” occurring is all the drugs and their users roaming our streets today. RV’s and tents are everywhere being “foisted” upon neighborhoods. People are moving out pal. Do you like the area surrounding the library? Do you give us all the OK + thumbs up there? Or do you pretend you can’t see it, or avoid that area? Which is an “eyesore”? OAC, or the commons? Look at the area by the foodbank. Is that an “eyesore”? You do NOT own the English language.

yeah but ALL bums (sorry, i mean “junkies”) are innocent victims of circumstance and require special consideration because nicey-wokey-huggy-kissy.

It is sad to hear that a family’s work and passion were altered under these difficult circumstances we all find ourselves.

The club has been an overwhelmingly positive place for minds and bodies for so many for so many years. I’m sorry to hear this news and grateful for the club my children learned to swim at and all the countless hours my wife and I have worked out there for over 20+ years. Thank you!

To those that are critical and easy with insulting language, please practice some kindness, please.

Appreciate your sentiment but that dude is problematic. https://www.westsideseattle.com/ballard-news-tribune/2017/02/27/developer-reneges-400-unit-parking-lot-eagles-site-plans-hotel

Also sold a bunch of lifetime memberships then years later cancelled them.

Which I just now learned from Fudge’s link (thanks Fudge).

We are related to some of those folks that lost lifetime memberships. Doesn’t change the experience for me.

The hatred for development here is large and unfounded.

Please don’t speak for me. I think a larger hotel on Ballard Avenue was a great idea. But the complete disregard for integrating its design into the historic district was a brazen slap in the face of the community.

Complete disregard seems hyperbolic. You don’t like it. Totally get it.

When trolling a site, it’s always a good idea to remember the key elements of your “persona.” In this case, you troll “hatred for development” and then in the post about the new apartment building you comment that Ballard is “overbuilt.” Try to keep it together, man! You’re making troll schoolboy errors.

Nobody should feel bad for Riggle. He wasnt forced out. The way a buy / sell agreement works gives him the first right to buyout the other partner at the same price. If he didn’t want to, couldn’t find another partner or get a bank to finance it, then he received more than fair value for his shares.

Share a clue for the ignorant. Why couldn’t Riggle have just said “no,” and done nothing?

After hearing how the Riggles treat their employees, this is very good news

It’s so sad to hear that. Covid destroys many things. https://gta5cheats.co

Cash app Help
Cash app is a peer to peer payment app that was launched in 2013 by Square Inc, it allows users to send and receive money online. In the Cash app instead of an account number, you are known on the network by your email address or phone number. You can also create a unique identifier known as a $Cashtag. Users can link Cash App to an existing bank account and use that to transfer money to and from the Cash App account. With Cash App, you can send money from a debit card and spend your Cash App balance directly from that. Users can also receive direct deposits (like a paycheck), to their accounts.

Cash App has expanded its functionality beyond just a peer-to-peer payment service users can now receive direct deposit payments and ACH payments, as well as purchase bitcoin cryptocurrency through the platform. Most recently, it has introduced a new feature called investing in Cash App which allows users to trade stocks commission-free within the application.
cash app customer servicettps://www.helpcashapp.com

About 12 years ago I bought my wife to be a membership and a number of lessors with a personal trainer. Turned out to be the classic Health Club rip off. An appointment had to be made to use the pool but only for 20 minutes. An appointment to see a PT was 6 weeks out and only available in the afternoon during working hours. Needless to say my wife never once made it inside. That was a $750 lesson for me. But still selling memberships ! No tears from me.