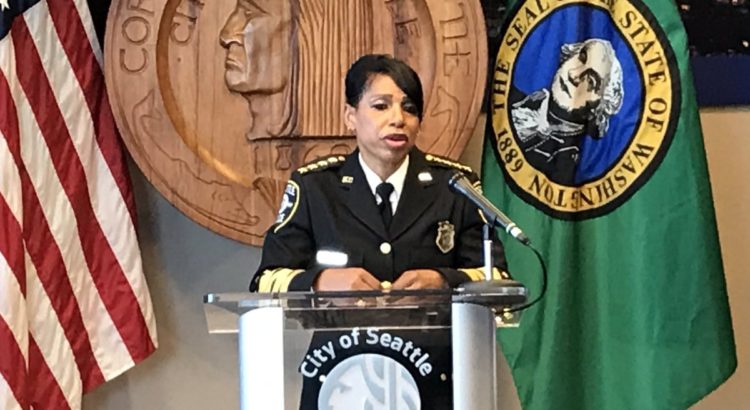 Seattle City Council decided Monday in a 7-1 vote to cut about $3 million of SPD’s $400 million annual budget this year, which will effectively lay off 100 out of the department’s 1,400 total officers.

The decision will also cut some funding to programs including the Navigation Team, Harbor Patrol, and Mounted Patrol.

Ballard Alliance Executive Director Mike Stewart voiced opposition to the plan to defund the Navigation Team; the Alliance formed an online petition to gain supporters and pressure city councilmembers to vote against the cuts.

“This decision is irresponsible and would have negative impacts on our unsheltered population and on neighborhoods and business districts across Seattle,” the Ballard Alliance wrote in a letter to the community. “Like neighborhoods across the city, Ballard has seen a significant surge in major encampments that deserve the City’s attention.”

Today’s news of the retirement of Chief Carmen Best is a loss.

It does nothing to further our fight for authentic police accountability and the safety of Black lives, that the first Black woman to hold the position of Chief of Police of the Seattle Police Department has been forced out of her job by the Seattle City Council.

We demand the Seattle City Council stop prioritizing performative action that solely suggests the appearance of change. We demand transparency and accountability for the series of actions and inactions that led to Chief Best’s resignation. And we demand a successor that serves Black Lives.

Seattle Mayor Jenny Durkan also lamented Chief Best’s retirement news, saying that she freely admits that she wishes Best would stay on, and that she asked her to consider it.

“While I understand the Chief’s reasons for retiring, I also accept her decision with a heavy heart. I believe she has been the leader Seattle and SPD needs and her retirement will be a significant loss for me and the city,” Mayor Durkan said in a statement. “I hope that going forward, all of Seattle can engage in hard and necessary conversations about policing and community safety and that we can do so from a place of mutual respect – even when we disagree.”