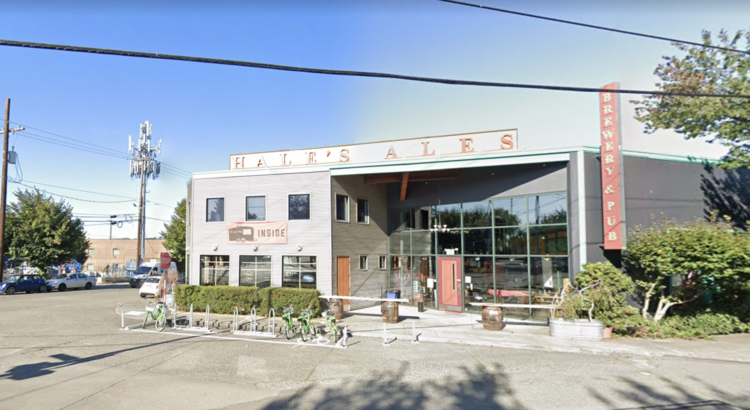 One of Ballard’s favorite taco shops, El Camion, is once again on the move: Hale’s Ales can no longer host them in their kitchen, so they’re now only operating out of their truck locations.

El Camion announced the news in a note to customers, saying they’re leaving Hale’s, effective immediately. They moved into Hale’s last year when their former location at 15th and 65th was sold to developers.

Heather McClung from Hale’s says the Washington Liquor Control Board won’t allow them to have El Camion operating in their kitchen due to their licensing specifications.

“We’ve tried to make the best out of a bad situation,” McClung tells My Ballard. “It’s really unfortunate.”

El Camion has to be out of Hale’s by Sept. 12, and from that point on they’ll only be operating out of their four food trucks around Seattle. They say they’re on the lookout for their next brick-and-mortar.

After El Camion moves out, Hale’s will bring on chef Warren Peterson and a new menu. McClung says they plan to have “upscale comfort food” on the menu, including mac and cheese, hamburgers, and meatloaf.

We’ve reached out to El Camion to learn more about their plans, and will update with any new info.

Good old compliance and conformities. Hopefully it will be the best thing for El Camion and their future in the area.

too bad – fairly petty move by the state, but i’m sure they need some busy work to look active…

the “upscale comfort food” angle of mac and cheese and meatloaf is pretty tired either way. $21 for a piece of meatloaf and some mashed potatoes?

What are the other items and their prices? I couldn’t find a menu.

He’s apparently invented an overpriced menu in his mind and made his decision not to go based on that.

The meatloaf at the Five Points Cafe is delicious, plentiful, comes with potatoes, gravy and veggies for $15. I’d be very surprised if Hale’s went too far north of that price point. We’ll have to find out!

Hard pass on 5 Point. The owner is credibly accused of sexual assault by 11 women. https://www.kuow.org/stories/six-more-women-accuse-david-meinert-of-sexual-misconduct-and-assault

Is there a listing of all restaurant owners and their transgressions? I want only wokeloaf. Thank you!

“Warren Peterson, who’d previously worked for Tom Douglas Restaurants” The new Chef.
Didn’t the term “upscale” catch your eye? You could be right though. We could see $7.00 fish & Chips, $6.00 Burghers and Mac N Cheese for $2.50. We will get to see who is just a big mouth . This will be fun.

If the Mac n Cheese is $21 or more, I will buy you and El Grunion both an order of it.