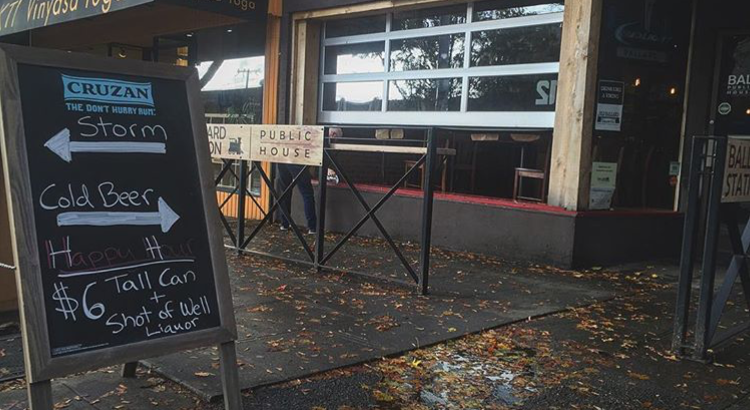 The owners of Ballard Station, which remains closed for COVID-19, have launched a GoFundMe campaign to help keep their employees insured and to hold on long enough to reopen in 2021.

Owners Jesse and Kayla Young say they’ve kept their employees’ health insurance going with personal savings since the bar closed in March, but that they’re running dry and need some help. The Ballard Station is classified as a nightclub, meaning they’re not able to reopen until Phase 4 of Washington’s Safe Start reopening plan.

“Not unlike all other small businesses (and the world for that matter), our world was pretty shattered and came to a screeching halt on March 16th when we were ordered to close,” Kayla Young tells My Ballard. She says that while it’s not a traditional nightclub, Ballard Station has a nightclub license because they don’t serve food.

Young says that the narrow layout of the bar would make social distancing difficult even if they were allowed to reopen, and their location on NW Market St means they wouldn’t be allowed to further expand onto the sidewalk.

“We genuinely love our employees, they are like family and we treat them as such,” Young says. “At this time of uncertainty, we realize how imperative it is that they have health insurance coverage. Unlike my husband and I where I have a job that can support us, they do not have that safety net. We are launching the GoFundMe to raise money for their health insurance costs and to continue paying rent.”

“At the end of the day—and I realize I am very biased—it is going to be a huge shame if another business closes…the community we have built this bar for is our only hope of survival,” Young says.