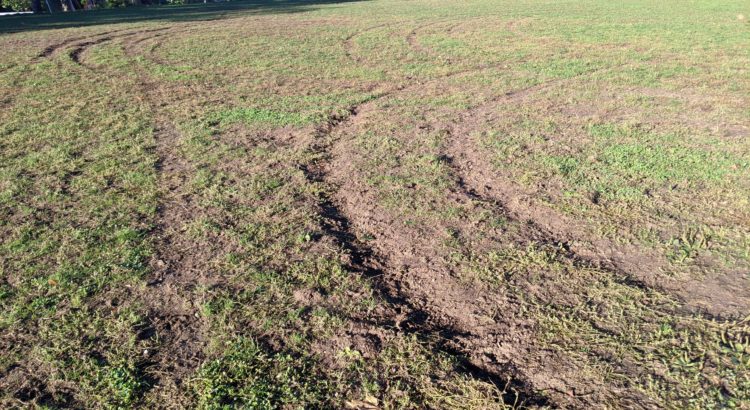 The athletic field at the Ballard Community Center is closed temporarily after someone drove onto the grass and did doughnuts, tearing up the playfields.

Ballard Youth Soccer volunteer coach James Dailey wrote to tell My Ballard about the situation, saying both the Ballard and Meadowbrook Playfields were damaged sometime over the last few days by cars.

“Since we’re trying to keep proper COVID-19 protocols in place, there is a limit as to the number of teams and people that can share a field,” Dailey says. “It’s already difficult enough without this vandalism.  It was a selfish act that has an impact on hundreds of kids who need to be outside.”

This isn’t an isolated incident of vehicles doing doughnuts and stunt shows; police told the Seattle Times that the Seattle Center incident on Saturday is part of an ongoing issue and that other stunt shows have happened near Century Link Field and in Kent.