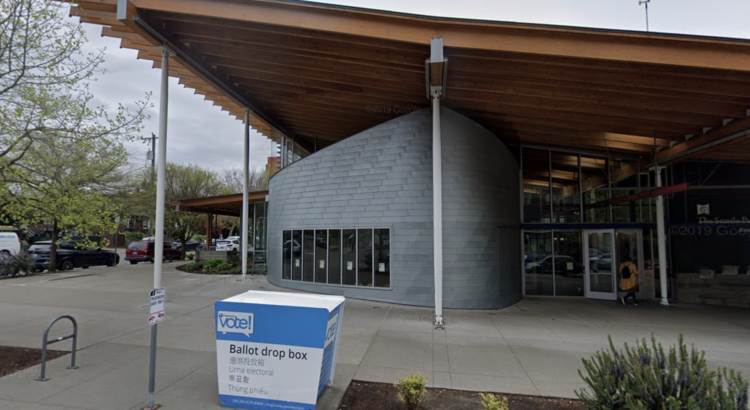 The ballot box in front of the Ballard Library is the busiest drop-off box in Seattle.

King County Elections keeps tabs on how many ballots are returned at each ballot box location, and as of the morning of October 20, 6,280 ballots have so far been dropped at the Ballard Library.

The next busiest location is the Redmond City Hall box*. Ballot boxes are emptied at least once a day—or more, in the case of the busy Ballard box.

The ballot box will remain open 24 hours a day for drop-off until Nov. 3 at 8pm.

Thanks, Scott, for the tip!

*The original version of the story incorrectly stated that the Alaska Junction box was the second busiest.