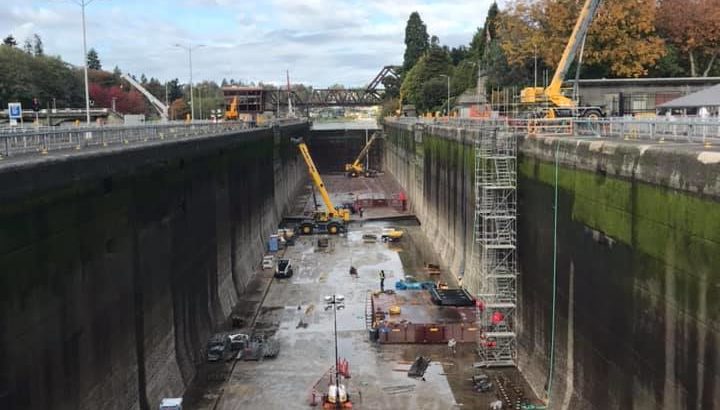 The large chamber of the Ballard Locks is closed through Dec. 6 while crews work to replace the 102-year-old Stoney Gate Valves.

This is the third and final extended long closure to replace the valves; the U.S. Army Corps had previously planned on a fourth closure from February to April next year, but say that’s been cancelled.

The valves, located underwater, require the chamber to be completely drained to replace. Once fully replaced, the valves—named for their inventor, Irish engineer Bindon B. Stoney—will be good for another 100 years.

As a reminder, the pedestrian bridge at the Ballard Locks is still closed. However, the gardens are now open daily from 10am to 6pm, but keep in mind that the restrooms and visitor center remain shut.

The small chamber of the locks will remain open to marine traffic throughout the large chamber closure.