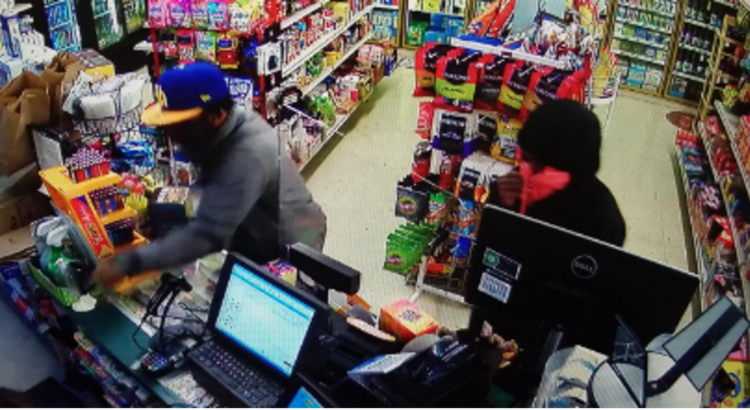 Seattle Police are asking the public to help identify two suspects who violently robbed a convenience store in Magnolia.

Police say the men entered the store around 6:15pm on Dec. 6 and had a verbal altercation with an employee who had asked them to leave the store.

According to SPD, the men left but returned a short time later and one suspect pointed a gun at the employee. He then repeatedly pistol-whipped her before demanding cash from the register. The suspects fled on foot and are still at large.

Police shared the above photos from the store’s security cameras, and are asking for help identifying the suspects. If you recognize them or have any information about this case, call SPD at 206-684-5535 or 911.